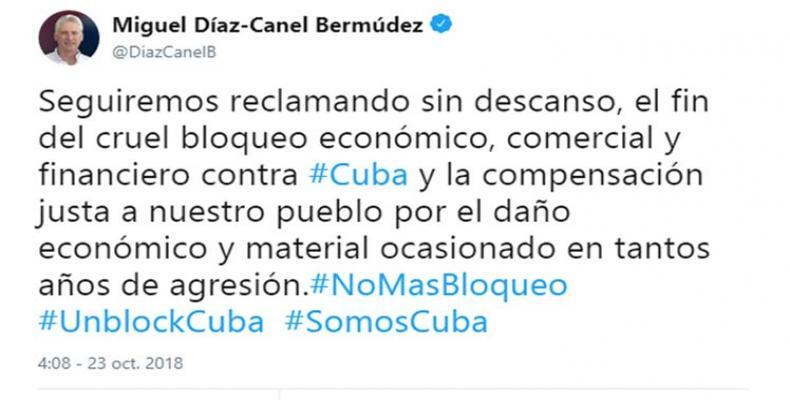 Havana, October 23 (RHC)-- Cuban President Miguel Diaz-Canel has called for an end to Washington's economic, commercial and financial blockade of the island, emphasizing that Cuba will continue to demand fair compensation for the economic and material damage by U.S. sanctions.

On his Twitter account, the Cuban president pointed out that on October 31st, the UN General Assembly will vote for the twenty-seventh consecutive year on a draft resolution calling for the cessation of the unjust U.S. policy against Cuba.

Prensa Latina news agency recalled on Tuesday that the UN body has voted overwhelmingly every year for an end to the blockade, noting that this year's vote will also send a message to the U.S. that the international community is firmly against Washington's policies toward the island.