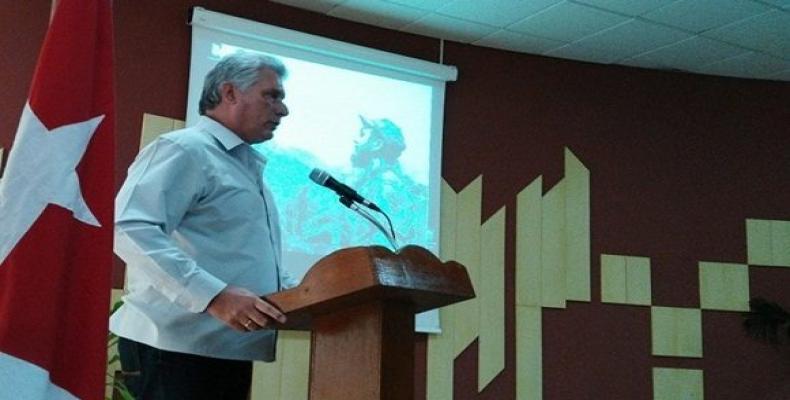 Havana, August 17 (RHC)-- Cuban President Miguel Díaz-Canel had words of praise for the process of the computerization program underway throughout the island.  The Cuban leader also highlighted the creation of new video games for the benefit of society.

The Cuban State gives special importance to the process of computerization of society and to the development of information and communications technologies in the country.

“Its technological and infrastructure base is precisely the development of telecommunications on the island,” said Cuban Communications Minister Jorge Luis Perdomo recently in the Dominio Cuba TV program.  He emphasized that this policy is a priority for the government because of the direct influence on the economy, among other aspects.

"However, the U.S. blockade against Cuba and its resurgence following the activation of Title III of the Helms-Burton Law has had a negative impact on the development of that sector."