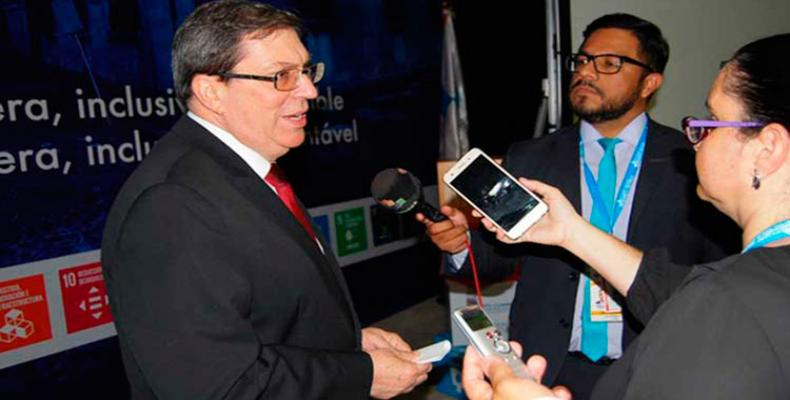 In statements to Prensa Latina and teleSUR, the senior Cuban diplomat said the participating leaders debated issues of common interest regarding social inclusion and sustainable development in Ibero-America.

Regarding the situation generated around the Cuban health professionals participating in the 'More Doctors' Program in Brazil, under the auspices of the Pan American Health Organization, minister Bruno Rodríguez insisted that they are the victims of the political interests and manipulation of the Brazilian president-elect Jair Bolsonaro.

Likewise, the Cuban foreign minister regretted the campaign launched by the incoming Brazilian president, which promotes hate, division, social violence, racism, discrimination against women and minority groups. He lamented that Bolsonaro is proposing a neoliberal government program, as well as his expressed admiration for the supremacist, unilateralist policies of the current U.S. administration of President Donald Trump, who has invoked the Monroe Doctrine as his foreign policy towards Latin America and the Caribbean.