Diabetic patients in Mexico benefit from “Made in Cuba” medication 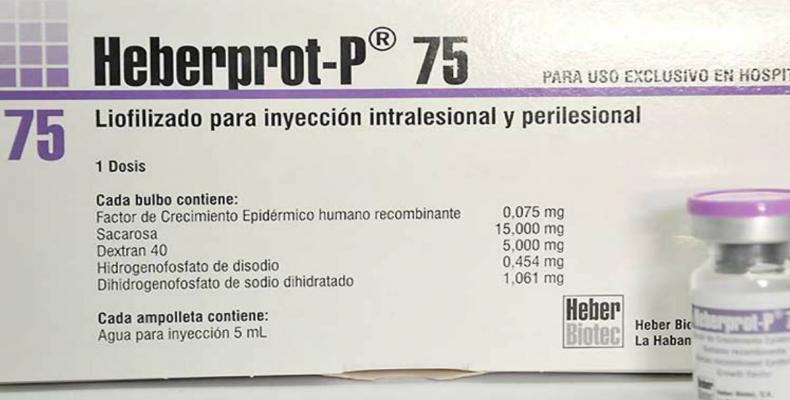 According to the World Health Organization, about 300 million people suffer from diabetes, and of these, between 15% and 35% may suffer amputation of one of their limbs.

The only one of its kind in the world, Heberprot-P significantly reduces the risk of lower limb amputations.
The injectable drug is administered inside the patient’s lesion, accelerating the healing process. The wound closes in a period of approximately three months.

The Cuban medication is undergoing clinical trials in the U.S. to make it available to U.S. patients, once it has been approved by the country’s Food and Drug Administration (FDA).