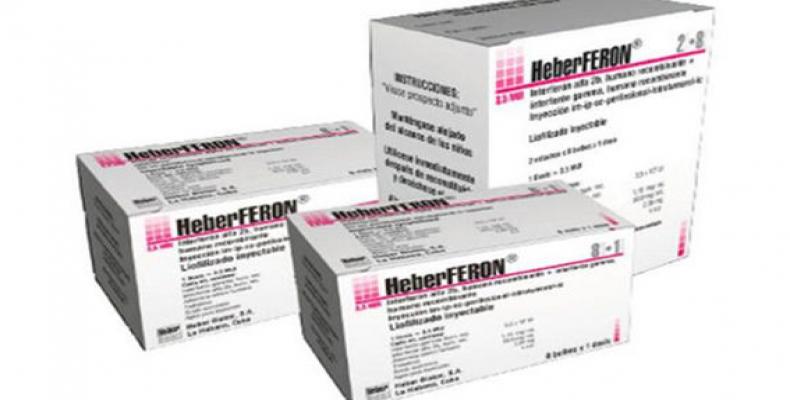 The figure was released during a scientific event in Camagüey to assess the drug's efficiency. Cuban researchers and academics are discussing the results over the past twelve months in such provinces as Cienfuegos, Sancti Spíritus, Ciego de Ávila y Villa Clara, with a view to extending its use to other Cuban regions.

During the event, experts revealed that more than 50% of patients responded favorably to the three-week treatment with the medication.

A therapeutic alternative, resulting from the combination of two interferons, HeberFERON delays tumor growth and reduces or totally eliminates basal cell carcinoma regardless of type, size or place.

Yutdelis Roben, National Coordinator of the HeberFERON Program, told the press that the medication is being used to treat patients in 47 health centers across the country, including 17 primary health centers.