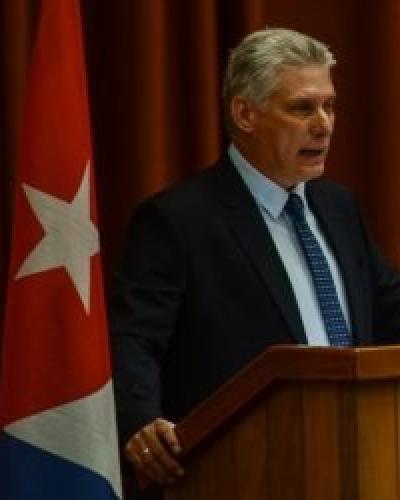 Díaz-Canel delivered the closing speech of the 16th International Congress ‘Pedagogía 2019’ on Friday evening.  He said Cuba’s achievements in the sector over the past six decades of Revolution cannot be ignored, beginning with the 1961 literacy campaign.   “Roughly two years after the triumph of the Revolution, Cuba was declared a territory free of illiteracy,” the Cuban leader noted, while addressing delegates from Latin America, Asia, Europe, Africa and the United States.   The Cuban head of state reaffirmed that national governments should guarantee their citizens free-access to high-quality education and healthcare, calling both basic human rights.

"The new Cuban Constitution further expands these and other rights," he said and expressed confidence that the Cuban people will ratify the country’s new Magna Carta in the referendum, set for February 24th.

The Cuban president highlighted the legacy of Cuban Revolution leader Fidel Castro, whom he called the main promoter of education development in Cuba and around the world.

Díaz-Canel took the opportunity to again reject foreign interference in the internal affairs of Venezuela, attempts to destabilize the government of Daniel Ortega in Nicaragua, and demanded an end to Washington’s blockade of Cuba.

"We continue believing that a better world is possible and education is the basis for achieving it," said the Cuban leader.