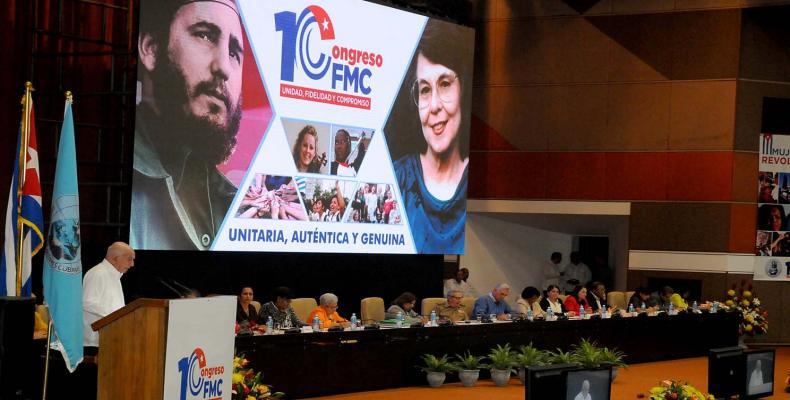 Havana, March 8 (RHC) The second secretary of the Central Committee of the Communist Party of Cuba (PCC), José Ramón Machado Ventura, has ratified Cuba’s support for Venezuela and its president, Nicolás Maduro, in face of the current US aggressive escalation against the South American country.

Speaking at the closing ceremony of the 10th Congress of the Federation of Cuban Women (FMC), which met since the 6th in Havana’s Convention Center. the leader described the Venezuelan people as an extraordinary example of courage and dignity in defense of the truth, amidst a huge barrage of lies. Machado Ventura also recognized the disposition of the South American country to face a military aggression by the White House to guarantee the continuity of the Bolivarian Revolution.

He ratified that Cuba will continue working to prevent suffering and death from taking over the region, and for Latin America to remain as an area of peace, as proclaimed by the heads of State and Government at the Second Summit of the Commonwealth of Latin American and Caribbean States  (CELAC ), held in Havana, in January 2014. He also highlighted in his speech Cubans turnout for the referendum held last February 24 on the new Constitution of the Republic, which reflects the full equality of women and respect for all their rights.

The 2nd Secretary of the Central Committee of the Cuban Communist Party affirmed that the Congress of the FMC facilitated deep discussions, which demonstrated the advances of women in the six decades of the Revolution.

On the third and final day of the event, the plenary session was attended by the first secretary of the Central Committee of the Communist Party, Raúl Castro, and President Miguel Díaz-Canel.