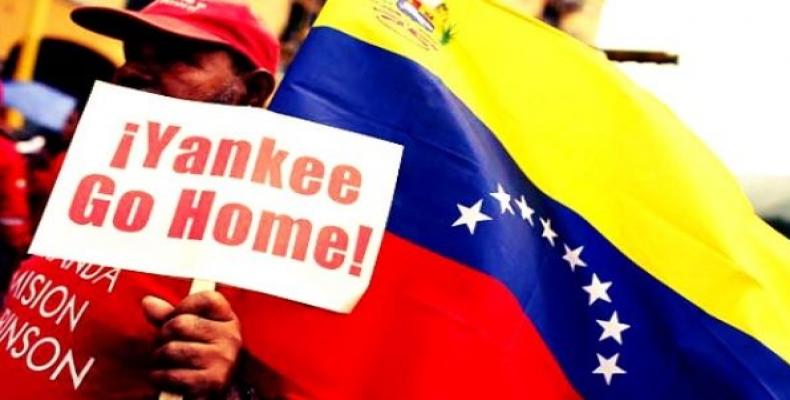 These measures, the Venezuelan government stated in a release, serves to “directly attack the heart of the finances of the Venezuelan people,” and in so doing “demonstrates the imperial hypocrisy.”

The new sanctions on the financial sector intend to block the implementation of social and productive plans promoted by the public and private economic agents of Venezuela.

The government said that, amid the new sanctions, “the Bolivarian Republic of Venezuela will remain firm in the defense of their independence and political, economic and cultural sovereignty.”  The statement further noted that the United States continues to purport proven disingenuous offers of “humanitarian aid, while attacking the sources of generations of Venezuelan resources.”

Venezuela points out that the sanctions will affect more than 23 million individuals, and public and private companies within the Bolivarian Republic of Venezuela, including two main commercial banks: Banco de Venezuela and Banco Bicentenario del Pueblo.

The U.S. government previously launched an attack on the resources of Venezuela through direct sanctions levied against Petroleos de Venezuela, S.A (PDVSA).

In addition to Bandes, the Trump administration now vows to cripple other “important Venezuelan financial institutions,” with an aim to curtail the Bolivarian Republic’s “right to its integral development and to the sustainability of its national and international financial system.”