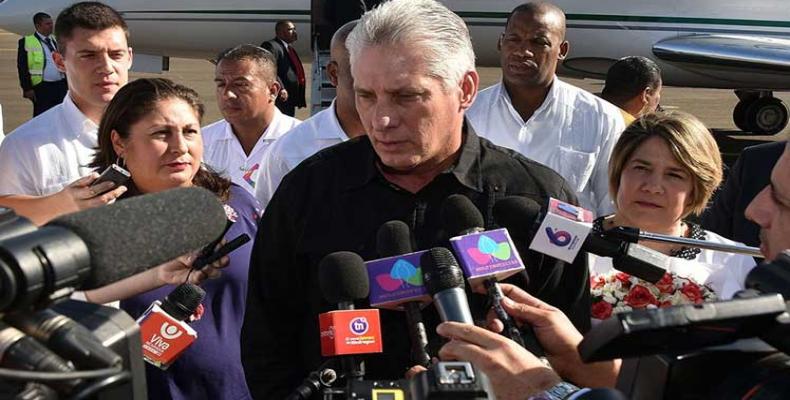 Managua, March 28 (RHC)-- Cuban President Miguel Diaz-Canel arrived in Managua, the Nicaraguan capital, on Thursday afternoon at 3:30 p.m. local time.  Diaz-Canel is leading the Cuban delegation to the VIII Summit of the Association of Caribbean States, the ACS.

The Cuban delegation is also made up of Foreign Minister Bruno Rodríguez and Ileana Núñez, Deputy Minister of MINCEX, who arrived yesterday to participate in the XXIV ordinary meeting of the Council of Ministers and the third Cooperation Conference of the ACS; as well as Juan Carlos Hernández Padrón, ambassador in Nicaragua and Tania Diego Olite, ambassador to Trinidad and Tobago and before the subregional integration body.

At the meeting of foreign ministers of the meeting, which was held Thursday morning at the Olof Palme Convention Center in Managua, headquarters of the Summit, the role of Cuba in the revitalization of the ACS, born 25 years ago, was highlighted.