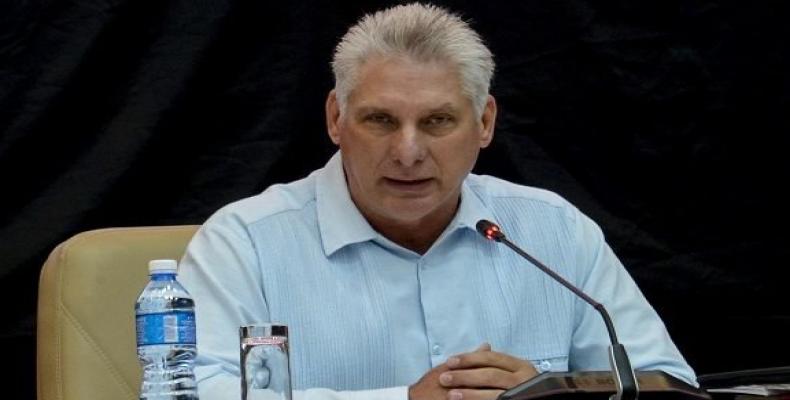 Havana, April 23 (RHC)-- Cuban President Miguel Diaz-Canel addressed delegates to the XXI Congress of the CTC, the Confederation of Cuban Workers -- calling on them to work toward greater efficiency.  He spoke about the role of trade unions in the economic sphere and said it was necessary to understand the situation that the country is experiencing, especially with the upcoming application of Title III of the Helms-Burton Law.

Diaz-Canel said: ¨We have to decisively face the imperialist blockade and the application of the Helms-Burton Law. We have to support with achievements and results the triumph of the people in supporting the new constitution, knowing that important and complex revolutionary tasks are ahead in perfecting the economic and social model.  These will demand responsibility, preparation, rigor and precision.  And workers and their unions play a fundamental role."

The president described the debate that took place during the morning session of the Congress as "very stimulating" and proposed to perform a bi-monthly check of suggestions made by the workers, a practice that has been effective with similar events of this nature.  He added that it is necessary to continue promoting economic debates and make them a systematic practice.

The Cuban leader said it is important to put science in function of development, eliminating bureaucracy, achieving more efficient government management, increasing exports, reducing imports and making more efficient investments.   He insisted that the battle against illegalities cannot be ignored, pointing to the importance of continuing to strengthen the State sector and fulfill production quotas.