Cuban President expresses satisfaction with the debate at Party Congress 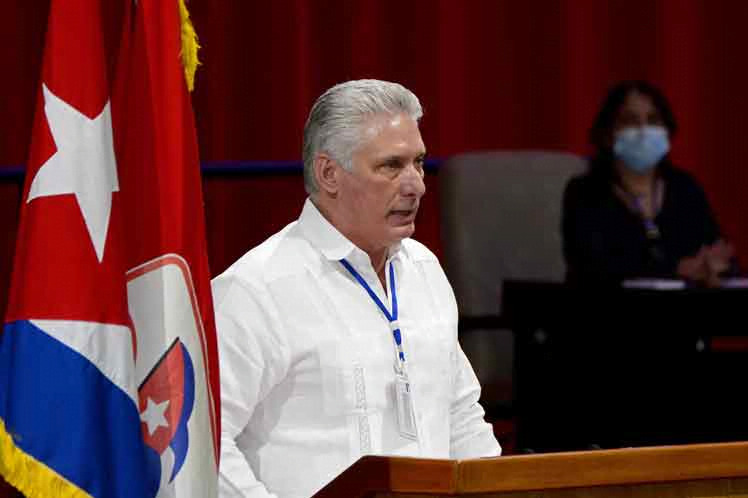 Congress of the island's Communist Party (PCC),  he is attending as one of its 300 delegates.

'We are inspired. Many valuable ideas came out in the commissions. Many more are being heard today. In the afternoon, we have a vote,' the President wrote on his Twitter account.

During the third day of the political meeting, delegates approved a resolution that updated the conceptualization of the Cuban economic and social model of socialist development.

The document calls for the improvement of the Planned Management System of Economic and Social Development and of the State as the rector, coordinator, and regulator of all actors.

It emphasizes the decentralization of powers to territorial levels, emphasizing the municipality as a fundamental instance.

It highlights the role of scientific and technological innovation in the economic and social development of the country.

Also,  in its morning session, the meeting approved a resolution to adopt 201 guidelines on the main directions of work until 2026 to channel the priorities of the economy.

The 8th CPC Congress is voting this Sunday for the Central Committee members, mandated for the next five years.