Cuba participates in Montreal´s International Economic Forum of the Americas 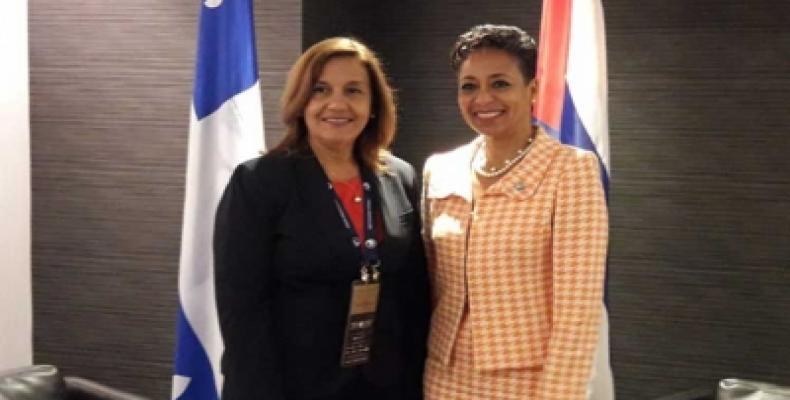 Montreal, June 11 (RHC) The Minister of International Relations and La Francophonie of Quebec, Nadine Girault, ratified the interest in the strengthening of bilateral ties during a meeting on Monday with the Cuban Minister of Science, Technology and Environment, Elba Rosa Pérez.

Girault told the Cuban official about the importance of continuing collaboration and exchanges with the Caribbean island issues as tourism, energy, agriculture and climate change

In a Tweet, the Cuban minister added that the Canadian minister also expressed interest in the development of partnerships and business opportunities between Quebec and Cuba in renewable energy.

The encounter between the Cuban and Canadian official took place on the sidelines of The International Economic Forum of the Americas of the 25th Conference of Montreal, where Perez is heading the Cuban delegation.

The event, running from June 10’12, is focusing on the digital revolution, artificial intelligence, circular economy and climate change, and the cities of the future.

According to the program of the forum, the Minister of Science,Technology and Environment of Cuba will speak on Wednesday in a plenary session entitled Towards a new future in energy related to the dissemination of the use of renewable energies.