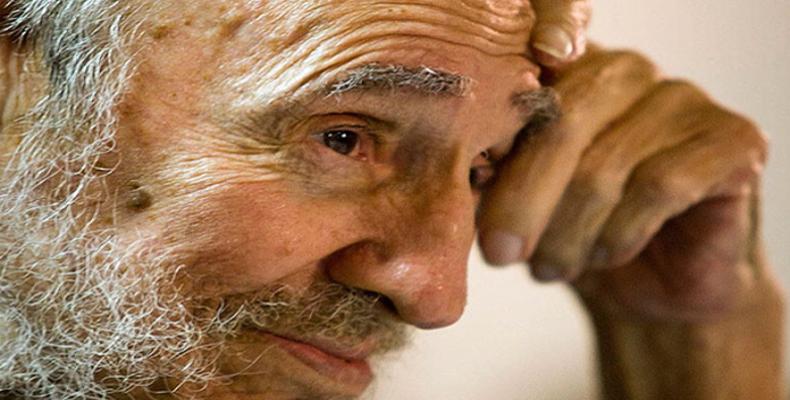 Havana, August 13 (RHC)-- Fidel Castro is never far away, never absent, is the message published today by the National Bureau of the Union of Young Communists, the UJC, on the occasion of the 93rd birthday of the historic leader of the Revolution.

The text highlights the legacy of the eminent thinker born on August 13, 1926 in what is now the eastern province of Holguin (before known as Oriente), and also evokes "his challenging and firm resolve, facing a dangerous, stalking enemy."

"Our parents and grandparents grew up with the privilege of knowing that he was there, on the front lines, where danger or effort demanded him to be," the newspaper Juventud Rebelde reports.   The message summarizes the affection and respect of the Communist youth towards Fidel, his example in various situations and his teachings.

The message from the Young Communists also points out the various ways of evoking his legacy, whether through recollections of his comprehensive, proactive and wise phrases, anecdotes of his nobility in the face of U.S. imperialism and his resolution in preventing the country from returning to a past of humiliation and servitude.