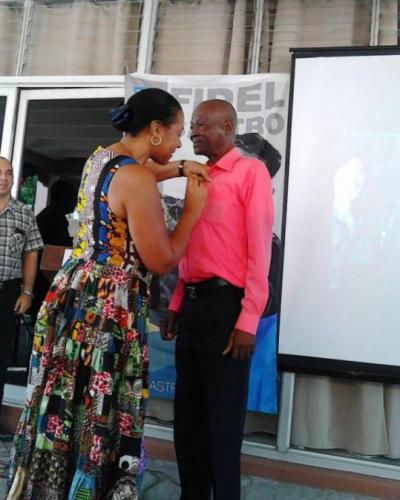 Kingston, November 29 (RHC)-- The Jamaican Movement of Solidarity with Cuba dedicated its national meeting to the historic leader of the Cuban Revolution, Fidel Castro, on the occasion of the first anniversary of his death, on the November 25th.

The ambassador of Cuba in Kingston, Inés Fors Fernández, on behalf of the Cuban government and people, thanked them for that gesture;  highlighting that the legacy of Fidel Castro is present in the minds and hearts of the Jamaican people, who have professed their eternal gratitude for collaboration received in several areas.

With the participation of around more than one hundred representatives of various solidarity organizations, political, trade union, youth, as well as graduates of Cuban educational institutions and a representation of Cubans living in Jamaica.  The event evaluated the solidarity work carried out by the friends of the neighboring Caribbean country during the current year.