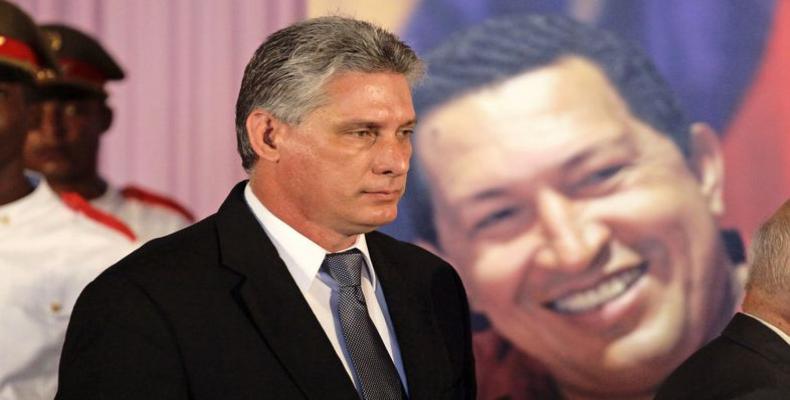 Havana, September  17 (RHC)-- President Miguel Diaz-Canel assured that Cuba supports Venezuela as a friendly country, as a sister revolution but cannot influence its decisions or its determination to overcome its difficulties.

Speaking in Pinar del Rio on Monday, the Cuban leader added that the island´s doctors, teachers, sports and cultural workers there favor the advance of that nation, "but we don't force Venezuelans to defend their revolution, nor do we have 25,000 soldiers based there, as they say."

“They say that we misbehave, as if they had morals to evaluate the behavior of our country,” he added.

Diaz-Canel recalled that Washington has increased the persecution of shipping companies and oil suppliers which has caused an energy crisis in Cuba with impacts on the economy.

“What we are witnessing is a maneuver loaded with arrogance and much hypocrisy. They say they worry about the suffering of the Cuban people, when in fact, if there is one burden the men and women of this land suffer, is the decades-long blockade ' concluded Díaz-Canel.