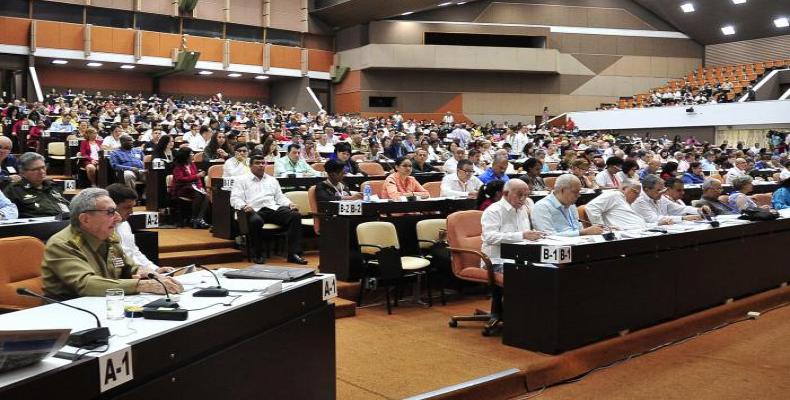 Havana, October 9 (RHC)-- The National Assembly of People's Power (ANPP) is meeting this Wednesday in advance of the extraordinary session it will hold Thursday to elect the highest officials of the Cuban State.

The new Constitution approved last April established a deadline for the election of the president and vice-president of the Republic of no more than three months after the entry into force of the new Electoral Law, which was passed last July.

Prior to that step, legislators will elect on the extraordinary session the president, vice-president and secretary of the Parliament, who will also occupy similar responsibilities of the Council of State, which represents the Parliament between sessions, executes its agreements and fulfills important functions.

In September the National Candidatures Committee held a consultation process with lawmakers from all over the country in order to hear their proposals regarding those legislators who, in their opinion, should integrate the corresponding candidature drafts.

The National Candidatures Commission is made up of representatives of the most important social and mass organizations in Cuban society: The Cuban Workers Federation, the Committees for the Defense of the Revolution, the Federation of Cuban Women, the National Association of Small Farmers, the University Student Federation and the Federation of High School Students.

During the meeting on Wednesday lawmakers are expected to be briefed on the island´s economic situation, as it gradually surpasses the energy crisis resulting from US stepped up hostility.