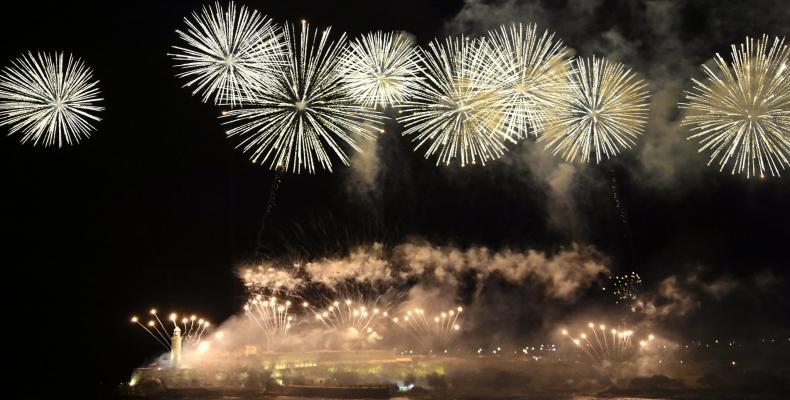 Havana, November 16 (RHC)—The rain from a cold front did not dissuade thousands of Havana residents from converging at its Malecon sea promenade Friday evening to watch a spectacular fireworks display.

The fireworks boomed over La Cabaña Fortress, which has guarded the entrance of Havana Bay since the 1700s.

Earlier, hundreds of locals joined city authorities gathered at El Templete, a monument that honors the founding act of the city, which was a Holy Mass.

As tradition prescribes, scores of residents circled the ceiba tree three times, touching its trunk to ask for bliss and fortune. Legend says that the city found a definitive seat in that place on November 16, 1519, at the foot of a dense ceiba, guardian of the tradition and memory of the city.

The main celebrations for the 500th anniversary of the Cuban capital are taking place Saturday, and they include a gala in front of the National Capitol Building staircase with some 16,000 fireworks that will be on display in unison with the music of Cuban pianist Frank Fernandez.