Foreign Ministry: Blaming Cuba on mobilizations in Latin America is an incredible excuse to reinforce blockade 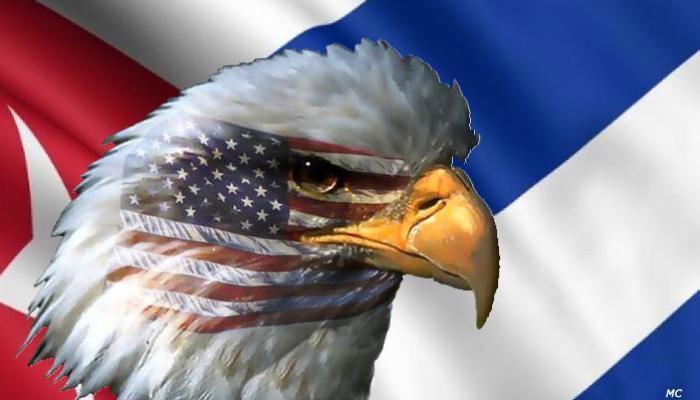 Havana, December 4 (RHC)-- Cuba affirmed that its only responsibility in popular mobilizations in Latin America is that stemming from the example of its heroic people in defense of its sovereignty and resistance to the hostility of the United States.

In a statement issued on Tuesday by its Ministry of Foreign Affairs, the island rejected Washington's accusation of alleged responsibility for demonstrations on the continent, which is considered an incredible excuse to justify and reinforce the blockade and hostility against the Cuban people.

The statement added that in blaming Cuba for the mobilizations, Washington seeks to hide the failure of the capitalist system, to protect lurching and repressive governments, to hide parliamentary, judicial and military coups, and to stir up the ghost of socialism to intimidate the peoples.

In the text, titled "Our America in the face of the onslaught of imperialism and oligarchy," Cuba stated that what Washingtion is trying to do is to justify the repression and criminalization of social protest.

The statement recalled that U.S. Secretary of State Mike Pompeo threateningly accused Cuba and Venezuela last Monday of taking advantage and helping to increase the agitation in the countries of the region.

The Cuban government indicated in this regard that the U.S. official misrepresents and manipulates reality and conceals, the central element of regional instability, which is the permanent intervention of the United States in Latin America and the Caribbean.

The statement added that legitimate protests and massive popular mobilizations on the continent -- particularly in Bolivia, Chile, Colombia, Ecuador and Brazil -- are generated by poverty, growing inequality in the distribution of wealth and the certainty that neoliberal formulas aggravate the exclusionary and unsustainable situation of social vulnerability.

Likewise, they reveal the crisis of political systems, the lack of real democracy, the discredit of traditional conservative parties, the protest against the historical corruption typical of military dictatorships and right-wing governments, the scarce popular support for official authorities, the mistrust of institutions and the justice system,.

Cuba reaffirmed its commitment to the principles of sovereignty, non-intervention in the internal affairs of other States, and the right of every people to freely choose and build its political system in an atmosphere of peace, stability, and justice; without threats, aggression or unilateral coercive measures.

And in this sense, it called for the fulfillment of the postulates of the Proclamation of Latin America and the Caribbean as a Zone of Peace.

The statement concluded expressing the Cuban government's ratification of its will to continue working towards the integration of Our America, which includes making every effort so that the Community of Latin American and Caribbean States (Celac), soon presided over by Mexico, continues to promote the common interests of our nations by strengthening unity within diversity.