Authorities evaluate the status of energy and mine sector 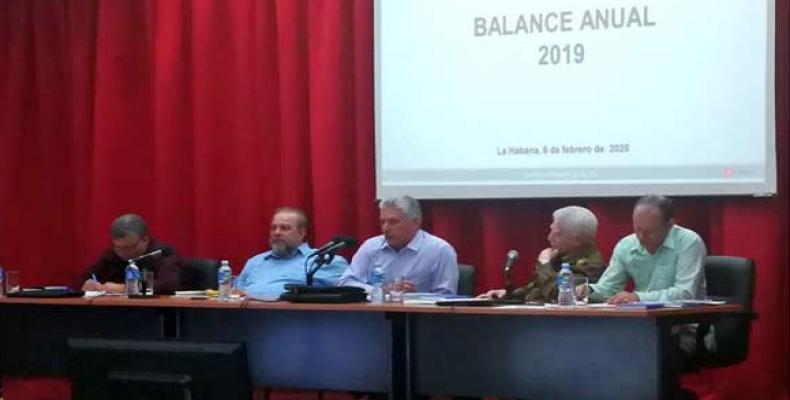 Havana, February 7 (RHC)-- Cuban President Miguel Díaz-Canel advocated in Havana on Thursday for the use of renewable energy.

During the annual stocktaking of the Ministry of Energy and Mines, the President stated that this agency should lead the use of renewable energy and everything that needs to be gained in energy culture.

Cuba plans to generate 24 percent of its electricity from clean energy sources by 2030.

To that end, the use of sugarcane biomass is being promoted, as well as the installation of solar panels, wind farms and small hydroelectric plants.

During the meeting, Prime Minister Manuel Marrero called for a review of the problems and obstacles the sector faces.

For his part, the director-general of the Cuba-Petroleum Union (CUPET) Juan Torres, reported on the drilling and exploitation of wells in 2019, as well as the investments made.

Representatives of the Electricity Union, part of the Ministry, highlighted the advances in computerization and the increase in generation from its sources to achieve the country's energy independence.

They also announced essential investments in this field. They insisted on the need to carry out the planned maintenance with the necessary quality.