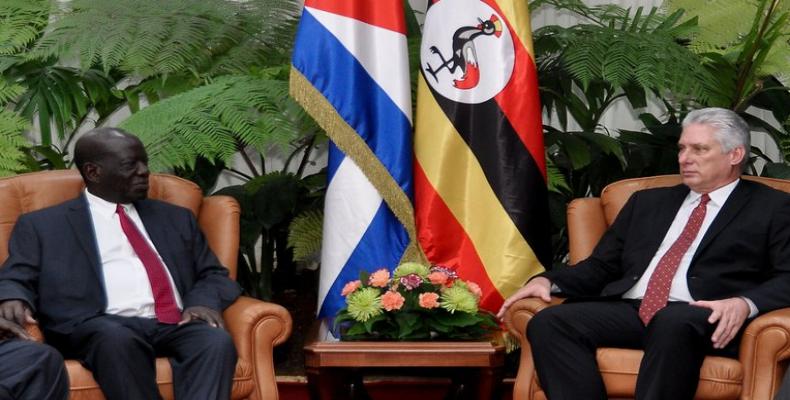 During the meeting, both parties discussed the historical relations of friendship between the peoples of Cuba and Uganda; and reiterated their mutual willingness to continue promoting political, solidarity and cooperation ties.

The visitor was accompanied by the Minister of State for Foreign Affairs, Henry Oryem Okello, and the Executive Assistant to Vice President Lutaaya Kivumbi.

On the Cuban side, Foreign Minister Bruno Rodríguez and the Director-General of Bilateral Affairs of MINREX, Emilio Lozada, participated in the meeting.