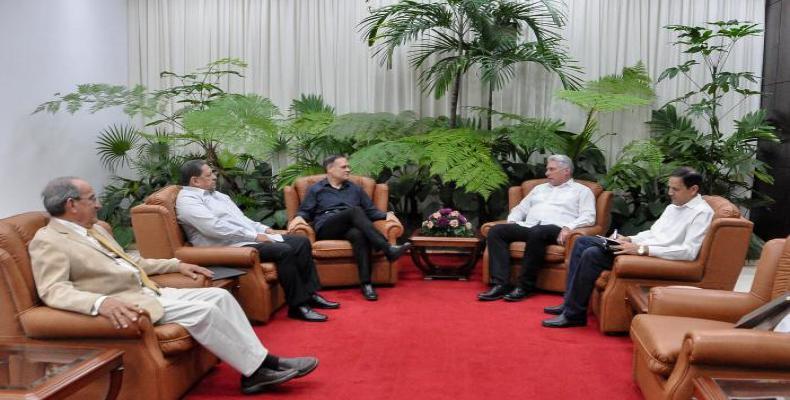 Havana, February 19 (RHC)--The President of Cuba, Miguel Díaz-Canel, received this Tuesday in Havana the secretary-general of the Democratic Revolutionary Party of Panama -PRD-, Pedro Miguel González Pinzón, who is visiting the island at the invitation of the Central Committee of the Cuban Communist Party.

During the meeting, they talked about the historical relations of brotherhood between both nations and highlighted the decisive contribution to these relations made by the historical leader of the Cuban Revolution, Fidel Castro, and General Omar Torrijos, founder of the PRD. Likewise, they ratified the interest in continuing to deepen the ties that unite the two parties and peoples.

The Panamanian leader expressed his satisfaction for visiting Cuba and condemned the intensification of the criminal blockade imposed by the  Trump Administration.

The guest was accompanied by the Secretary of International Relations of the PRD Héctor Bolívar Alemán and the Panamanian Ambassador in our country Reynaldo Rivera Escudero.

On the Cuban side, Juan Carlos Marzán, deputy head of the Department of International Relations of the Central Committee of the Cuban Communist Party, participated.