Diaz-Canel: We are not stopped by anyone, much less by Yankee arrogance 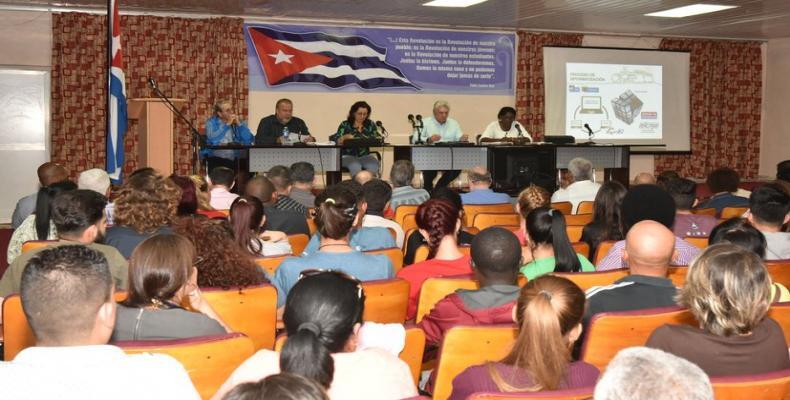 "We are living through difficult times, the blockade and the financial persecution by the United States against our Island have intensified, but the country has not stopped," he said.

"Nobody stops us, much less the Yankee arrogance," the President told the students.

Granma newspaper recalled that meetings with Higher education students had become a regular part of each of the Council of Ministers' tours of the provinces.

Diaz-Canel recalled how, since his previous visit a year ago,  working relations had been created between the Agrarian University and the central state agencies, which at the time demanded investigations that are now taking a favorable course.

The President added that in all the places he visited in Mayabeque province, he heard about the links with the University, which shows the work being done for that relationship between companies and academia.

The President considered that this University has gone beyond its original purpose and is no longer only agrarian. It has expanded to other branches like  Pedagogical Sciences, Physical Education, and Law.

Among its most recent merits, he noted its contributions to the process of computerization of Cuban society.

This University, he added, is a leader in the development of digital platforms for distance learning, public procedures, precision agriculture, administrative management, and also local development.

The government visit to the western province of Mayabeque lasted all day Thursday, and it concluded with an analysis of housing and the production of construction materials in that territory.

Besides the exchange with the  students and professors of the Agrarian University Fructuoso Rodríguez, the government delegation
also toured a pig breeding center, the rum and soft drink production complex, and a mixed ceramic tile factory, among other economic projects in the territory.