Díaz-Canel: Cuban medicine has already saved 132 people from the coronavirus 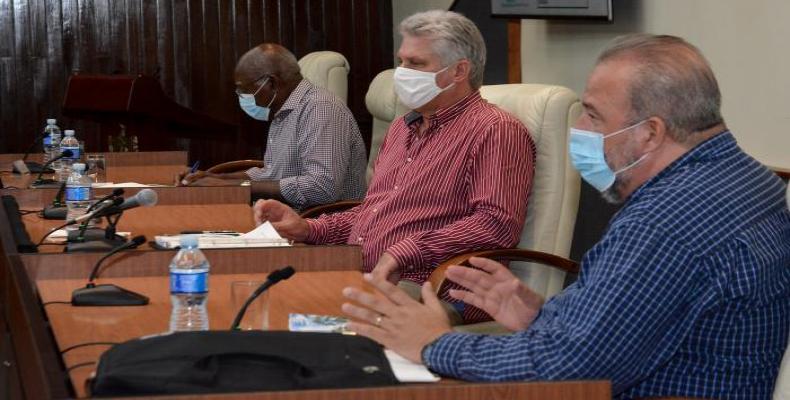 Havana, April 15 (RHC)-- After one day without deaths in the country due to the new coronavirus, the Cuban government, headed by President Miguel Díaz-Canel Bermúdez and Prime Minister Manuel Marrero Cruz, evaluated the measures adopted as part of the Prevention and Control Plan to deal with COVID-19.

During the usual meeting, which as a measure of isolation is being held since this week through videoconference with the members of the temporary working group, the Head of State stressed "that today we had 11 new discharges; therefore, we already have 132 people who suffered from the disease who have been saved by Cuban medicine.

He stressed that this figure that will increase in the coming days, to the same extent that the first patients who became ill are already overcoming the recovery stage.

President Díaz-Canel said the organization of the most complex stage of the epidemic is underway.

"This has been worked on comprehensively and offers certainty about how we can face this stage," he said.

At the same time, he underlined the close relationship that all this has with making sure the availability of some supplies, as well as with the training and preparation of personnel, especially in the new places that would be opened for the care of sick patients with COVID-19.

Public Health Minister José Ángel Portal Miranda reported the opening of three new local transmission events, two in the province of Holguín (one in the 26 de Julio district of the provincial capital, and another in Banes), and one in Guantánamo (in the municipality of Baracoa), bringing the total number of such events in the country to 20.