Díaz-Canel calls for intensified action in response to COVID-19 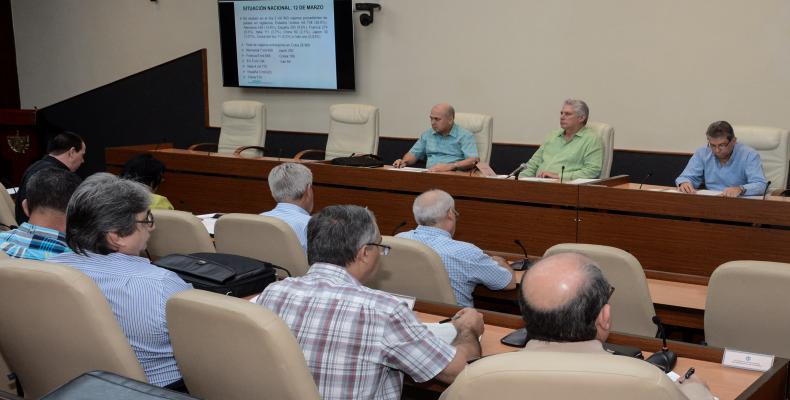 Havana, March 12 (RHC)-- Cuban President Miguel Díaz-Canel urged authorities to continue working with the people and to intensify the measures to confront COVID-19 after the Ministry of Public Health confirmed its presence on the island.

In a meeting on Thursday to follow up on the government implementation of the Plan for the Prevention and Control of the disease, the President requested a thorough investigation and study of suspicious patients, the confirmed cases and all their contacts.

It is better to go too far, Diaz-Canel said, than to fall short in our care. "The disease is on the island, and we have to prevent its spread," he said.

Diaz-Canel acknowledged the active role of the population, which was cooperating and proved it with the immediate detection of the first three cases. He said that we must continue to provide daily information on what is happening with the disease in the country and clarify every doubt.

The Cuban head of state said that there is confidence in the measures being taken, but urged everyone not to lower their guard.