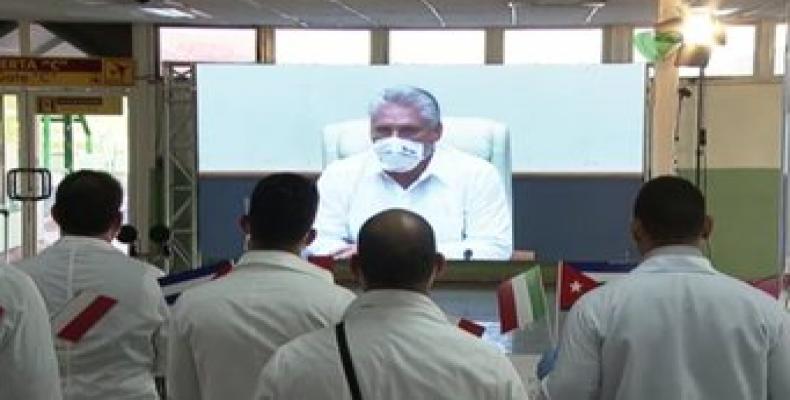 Havana, June 8 (RHC)-- Cuban President Miguel Diaz-Canel received the returning medical brigade that served in Italy for two months.  Upon their arrival at the Jose Marti International Airport, the 52 doctors and nurses that saved lives in northern Italy were welcomed as heros.

The Cuban president addressed the returning medical professionals by a video-link -- a special transmission from the Palacio de la Revolucion.  Miguel Diaz-Canel said: "With your noble gesture, you have shown the world a truth that Cuba's enemies have tried to silence: the strength of Cuban medicine."

Diaz-Canel was accompanied by Manuel Marrero Cruz, Prime Minister of the Republic of Cuba, and Vice President Salvador Valdés Mesa.