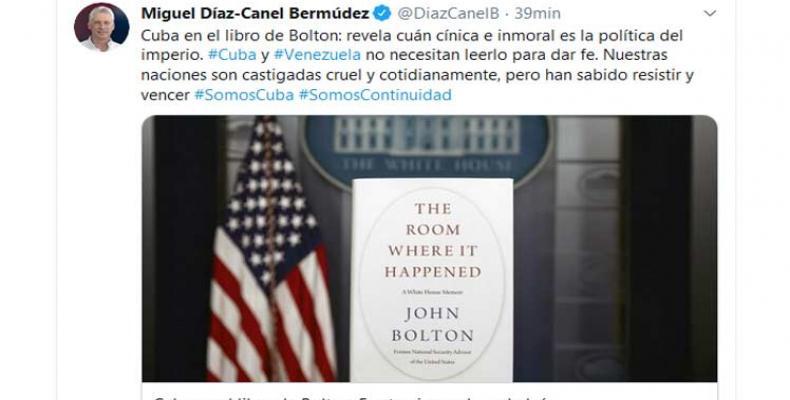 Díaz-Canel, on his Twitter account, referred to the text entitled "The Room Where It Happened: A Memory of the White House," which has gone on sale at U.S. bookstores.

"Our nations are cruelly and daily punished, but they have known how to resist and win," added the president with the labels #SomosCuba and #SomosContinuidad.

According to a review of the site Contexto Latinoamericano, which quotes Cubadebate, Cuba appears 84 times, some of related to Venezuela, to which Bolton dedicates an entire chapter.  The first mention of Cuba is in the first chapter entitled: "The Long March to an Office in the Corner of the West Wing."

Referring to the foreign policy of former President Barack Obama, the former counselor said that "new threats and opportunities were appearing rapidly and eight years of Barack Obama meant that there was much to repair."