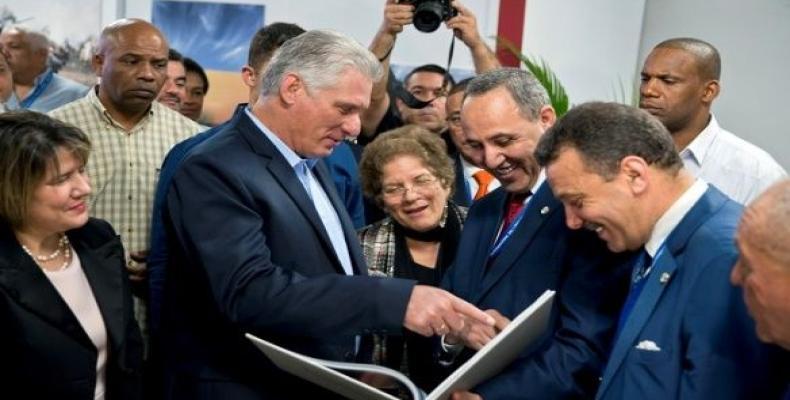 Havana, February 8 (RHC)-- Juan Rodríguez Cabrera, president of the Cuban Book Institute, spoke Thursday evening at the inauguration ceremony of the 28th International Book Fair of Havana.  This year, the fair is dedicated to the Democratic and Popular Republic of Algeria.

Cabrera said that February brings each year one of the most transcendental and popular cultural events in the country, which will travel through most of the Cuban provinces until April 14th, and come to a close in the heroic city of Santiago de Cuba.

The president of the Cuban Book Institute said that the culture of literature, far from separating, isolating, closing doors or building walls, seeks to open its pages to readers and fill these spaces of knowledge with joy.

Juan Rodríguez Cabrera thanked the distinguished intellectual Azzedine Mihoubi, Minister of Culture of the Democratic and Popular Republic of Algeria, as one of the main architects of the necessary conditions to create an exchange with a wide representation of artists from that African country.