Cuban medical brigade on way to Esuatini to fight COVID-19 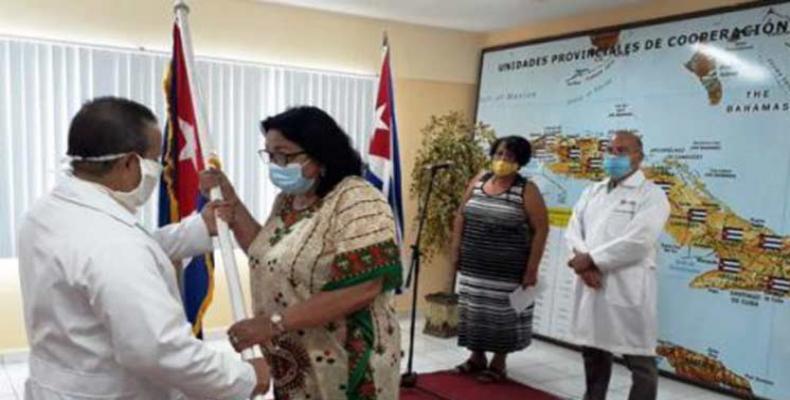 Havana, August 18 (RHC)-- A medical brigade is on its way to Esuatini to help face the COVID-19 pandemic in that southern African nation.

The group, made up of 10 specialists who are members of the Henry Reeve Contingent, is the 39th to leave Cuba to other nations to contribute to the fight against the new coronavirus, according to a report on national television.

Dr. Merardo Orlandi González, chief of the brigade, evoked the leader of the Cuban Revolution, Fidel Castro, as the inspiration for the humanistic and supportive vocation of the Cuban health professionals.

Despite the campaign of lies and discredit promoted by the United States against Cuban medical collaboration, since the beginning of the global health emergency, the Caribbean nation has sent 3,772 aid workers to almost 40 countries, according to official data.

Cuba and the Kingdom of Esuatini established diplomatic relations on September 22, 1995, and currently some 20 Cuban health professionals are providing solidarity aid in that African country.