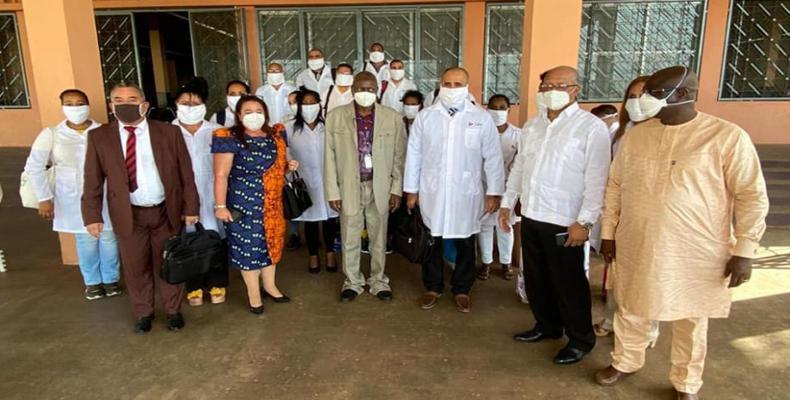 Conakri, June 5 (RHC)-- A brigade of 21 Cuban health professionals, belonging to the internationalist Henry Reeve Contingent, arrived this Friday in the Republic of Guinea to collaborate with that country in the fight against COVID-19.

The Cuban Foreign Affairs Ministry, on its official Twitter profile, states that the newly arrived group will support the local doctors who are already helping in the fight against the new coronavirus, declared an epidemic by the World Health Organization on March 11th.

The Cuban professionals were seen off on Thursday by the Deputy Minister of Public Health Marcia Cobas Ruiz, at the Central Unit of Medical Cooperation, in Havana.  During the ceremony, the First Deputy Minister of Foreign Trade and Foreign Investment, Ana Teresita González, highlighted that with the new contingent made up of 11 doctors and 10 nurses from 10 provinces, there are 33 Henry Reeve brigades supporting the fight against the COVID-19 pandemic in 25 nations.

The Republic of Guinea, located in the west of the African continent, whose capital and most important city is the city of Conakri, has a population of 11 million 628 thousand 972 inhabitants in an area of more than 245 thousand square kilometers.