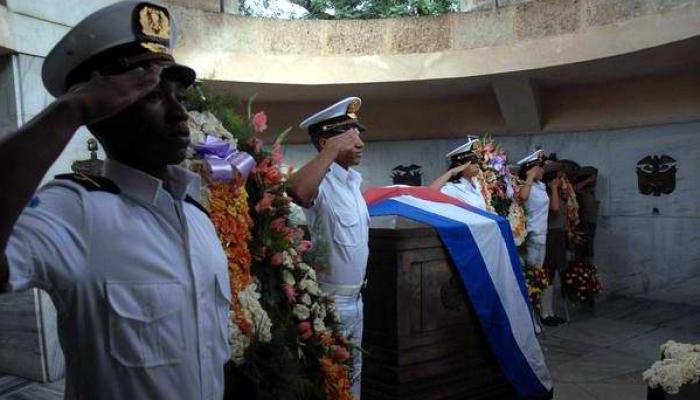 Santiago de Cuba, May 19 (RHC) -- Cubans throughout the island and the world paid tribute today to our National Hero and Apostle of Cuban Independence, José Martí, marking 119 years of his death in combat in Dos Rios.

A special homage was held at the Santa Ifigenia Cemetery in the eastern city of Santiago de Cuba, where Martí's remains were laid to rest. Young students and military cadets joined the tribute, where floral wreaths, white roses and poems were dedicated to the national hero, who founded the Cuban Revolutionary Party and organized the war of independence of 1895.

Another commemorative event was held in Dos Rios, in the community of Jiguaní, Granma province, where José Martí fell in combat on 1895.