Cuban government evaluates progress in programs linked to the economy 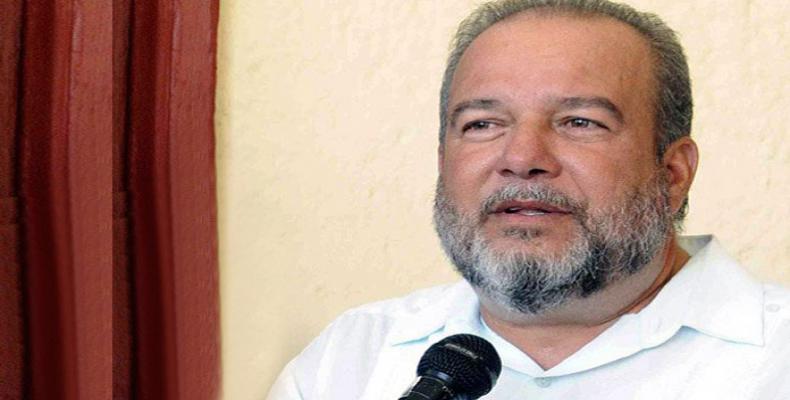 Havana, October 7 (RHC)-- The Cuban government has analyzed the progress of biotechnology, sugar, hydraulic and energy programs in the country, according to Prime Minister Manuel Marrero.

Through his Twitter account, Marrero explained that as part of the foreign trade program, the authorities evaluated the progress of the business group BioCubaFarma in the biotechnology sphere.

In addition, there was an exchange on "the need to encourage the design and promotion of projects for the development and marketing of products attractive to foreign investment."

In reference to the sugar program, the government of the island examined the alternatives for the assurance of the inputs in pursuit of the recovery of sugarcane, the generation of energy with biomass and the development of human capital, taking into account the beginning of the coming harvest.

"In the hydraulic program, we analyzed the indicators and goals to be achieved for the development of this important activity, as well as the sanitation services, aimed at guaranteeing a correct service to the population and the business system," said the prime minister.

As part of the energy plan, the government reviewed the current status of the policy for the development of renewable energy sources and their efficient use.

Cuba applies an economic and social strategy to face the crisis derived from the impact of the COVID-19 and the intensification of the U.S. blockade against the Caribbean nation.  The plan contemplates actions that seek to substitute imports, favor exports, promote the application of science and technology, increase food production and strengthen the productive chain.

According to the Deputy Prime Minister and Minister of Economy Alejandro Gil, this strategy also takes into account centralized planning, market regulation, complementarity of economic actors and the dynamic role of domestic production.