The second stage of anti-polio vaccination drive to begin Monday 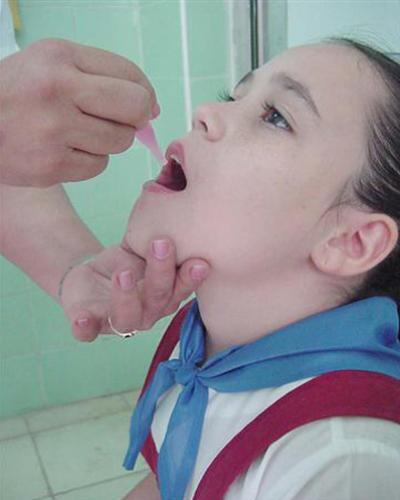 Havana, November  23 (RHC) The second stage of the 59th vaccination drive against polio will be carried out in all of Cuba as of this Monday until November 28,  Dr. Francisco Durán, national director of Epidemiology of the Ministry of Public Health said.

On this occasion, 123 thousand 031 nine-year olf children will receive the second dose of the bivalent oral vaccine. Public health authorities have tried to guarantee its conduction simultaneously in the whole national territory, taking into account the epidemiological situation by Covid-19.

Cuba holds every year two stages of the anti-polio vaccination drive. This year, the first was in March, and the second was scheduled for late April, but it was postponed until now due to the pandemic.

In 1995, Cuba became the first country in Latin America to declare itself free of polio, after vaccination drives began in 1962