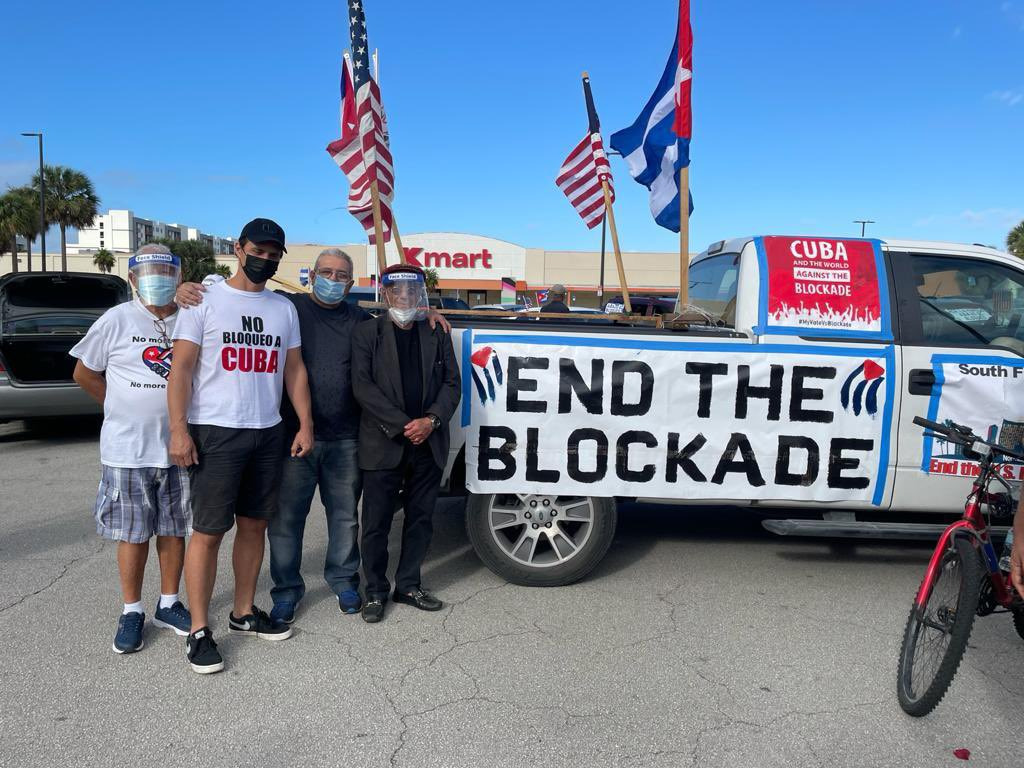 Participants at the eighth edition of the "Bridges of Love" caravans.Sunday, February 28, 2021.

Havana, March 1 (RHC) Cuban President Miguel Diaz-Canel described as dignified emigrants the Cubans who toured seven cities in the United States and Canada in a caravan demanding an end to the blockade against Cuba.

The President said on Twitter that the "Homeland lives in them, wherever they are," in connection with the eighth edition of the "Bridges of Love" caravans.

He also added that "Cuba admires thanks and embraces them."

Activists in both countries called to "build bridges of love between the peoples of Cuba and the United States", in continuity with the caravans organized for several years and carried out in Miami by the Alianza Martiana Coalition.

In addition to demanding the end of the unilateral measure, the caravanists supported the work of Cuban doctors and backed international petitions for the nomination of the members of the Cuban medical brigade "Henry Reeve" for the Nobel Peace Prize.