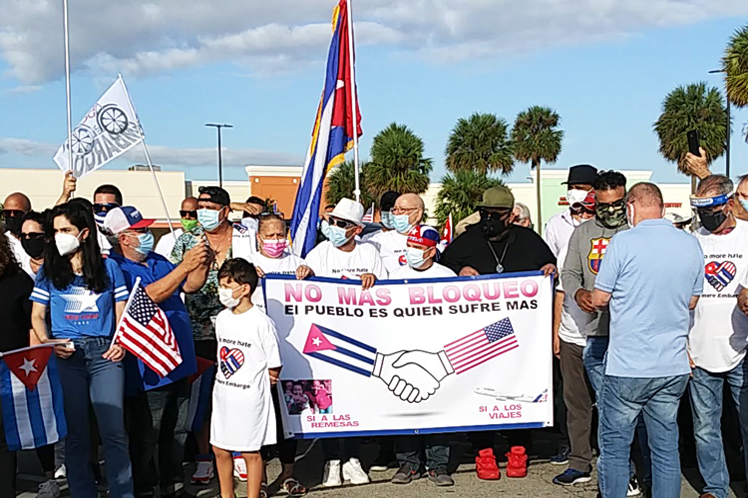 Participants in the Caravan in Miami. PL Photo.

Havana, February 1st (RHC)-- Cuban President Miguel Díaz-Canel thanked the Caribbean nation's emigres in the United States who this Sunday led a caravan against the economic blockade imposed on their country.

The president stressed on Twitter that patriots, wherever they live, understand that the U.S. siege is a crime against the Caribbean island people.

'Cuba thanks its emigrant children for the #PuentesDeAmor (Bridges of love) caravan,' the head of state wrote on the social network, accompanied by the hashtags #NoMasBloqueo and #CubaViva.

The U.S. cities of Miami, New York, Los Angeles, and Seattle were the scene this Sunday of a protest against the illegal policy, in which around 500 Cubans living there and friends of solidarity with Cuba took part.

On bicycles or in cars, carrying flags and posters with messages against the blockade, and under the premise of building 'bridges of love' between the Caribbean nation and the United States, the participants demanded the cessation of coercive measures against their country and called for the unity of the emigrants in favor of that purpose.