Díaz-Canel affirms that the Cuban Revolution remains firm in the face of the U.S. 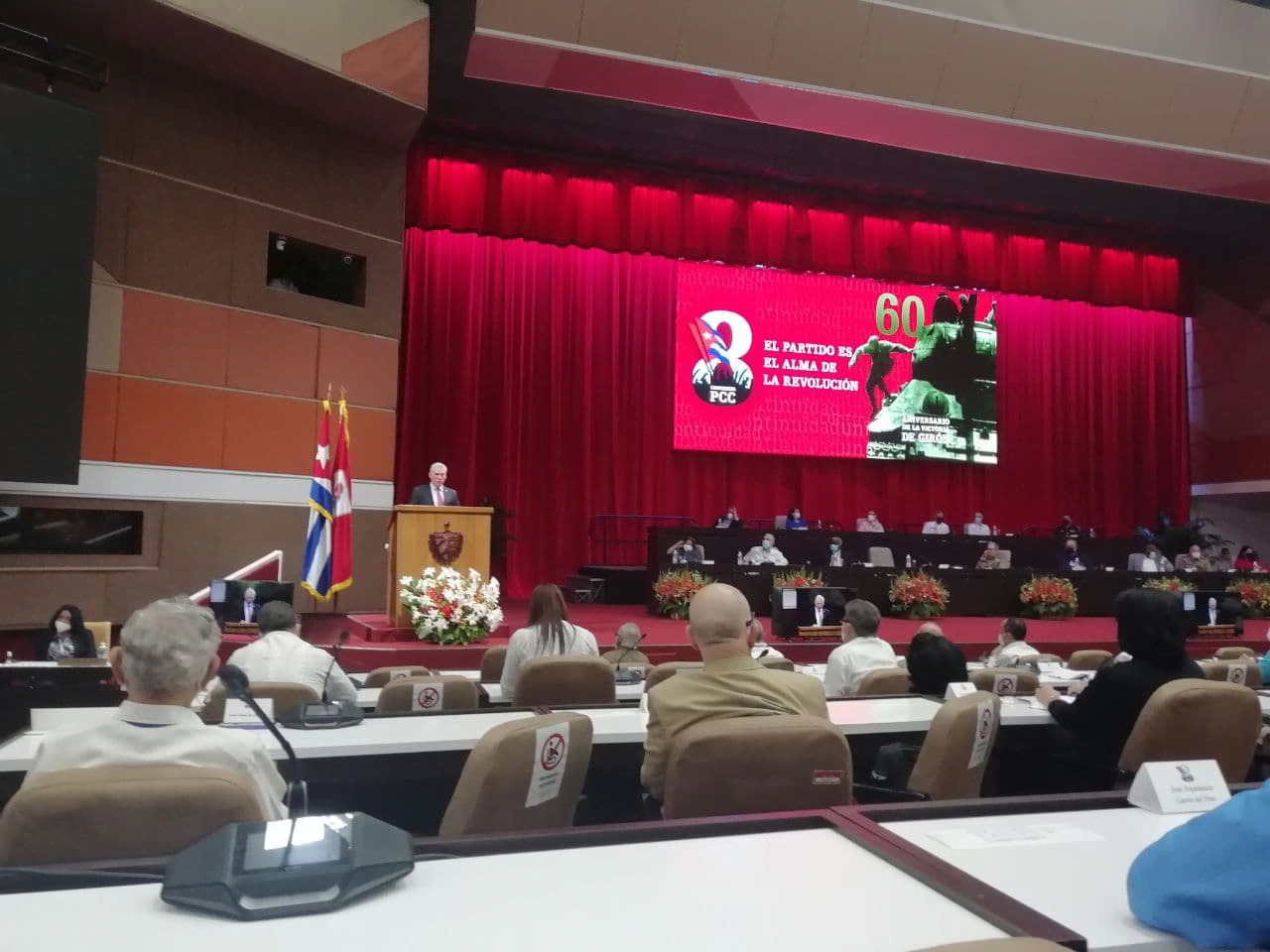 Havana, April 19 (RHC)-- The Cuban Socialist Revolution is firm and active 90 miles away from the United States, affirmed Monday the First Secretary of the Communist Party (PCC), Miguel Díaz-Canel.

He made this statement at the closing of the 8th Congress of the PCC, whose new Central Committee elected him to the highest office, as well as the members of the Political Bureau and the Secretariat of the governing political organization of the Caribbean country.

The President of the Republic said that the conclave was a historic milestone for the continuity of the revolutionary process and praised the history and performance of Army General Raul Castro, who concluded his term as First Secretary.

'He will be consulted on the strategic decisions with greater weight for the nation's destiny. He will always be present, well aware of everything,' Diaz-Canel said.

Thank you for your example and drive,  strength, confidence, and for helping us to believe in ourselves, he said.

The first secretary of the Cuban Communist Party affirmed that what he receives 'are not responsibilities and tasks, it is a heroic and huge work'.

He also added that the generation represented by Fidel and Raúl Castro formed new generations that will now give continuity to the revolutionary process.

He stressed that the revolution transformed the country with social justice, independence, and sovereignty in the face of the harassment and aggressions of successive governments of the United States.