Minister of Foreign Affairs affirmed that Cuba will continue the fight against the U.S. blockade 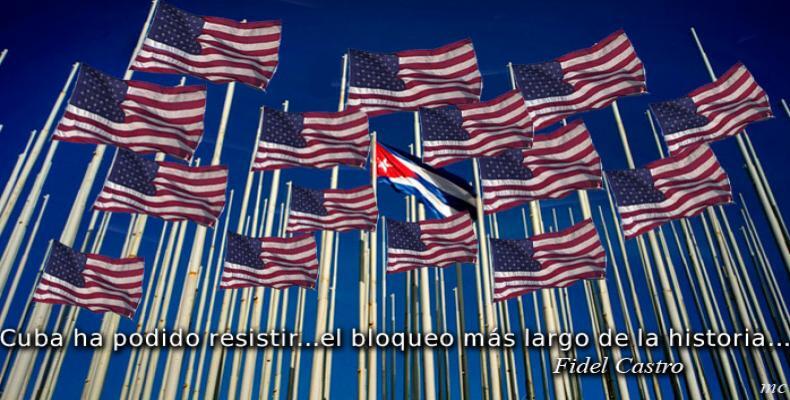 Havana, April 20 (RHC)-- Cuban Foreign Minister Bruno Rodriguez affirmed that his country would continue the fight against the economic, commercial, and financial blockade imposed by the United States almost 60 years ago.

On Twitter, Rodriguez said that the demand will be relentless as long as that ruthless and genocidal policy remains in force, adding that the Caribbean nation has international support.

The economic siege is a massive, flagrant, and systematic violation of human rights, said the island's top diplomat, adding that no one with a minimum of honesty can ignore that it is the main obstacle to the country's development.

For his part, President Miguel Díaz-Canel, at the closing of the 8th Congress of the Communist Party of Cuba (PCC) on Monday, described Washington's policy as a crime against humanity.

The now also First Secretary of the PCC, questioned in his speech the statements made by U.S. government spokespersons, who minimize the effects of the blockade and maintain that the policies towards Cuba are not a priority for the presidency of Joe Biden.

He recalled that the more than 200 coercive measures imposed during the mandate of Donald Trump and his decision to include the island in the unilateral list of States that allegedly sponsor terrorism are still in force.

Díaz-Canel rejected the existence of U.S. laws such as the Torricelli and Helms-Burton Act, which seek to control the country's destinies and condition its relations with the world.

He pointed out that nothing justified the blockade and the economic war and asserted that Cuba aspires to live in peace and relate with its northern neighbor in equality, mutual respect, and without interference.

More than five billion dollars are the damages caused by the blockade to the Caribbean nation, only in the period from April 2019 to March 2020, a stage which does not include the impact of the pandemic and several coercive measures applied.