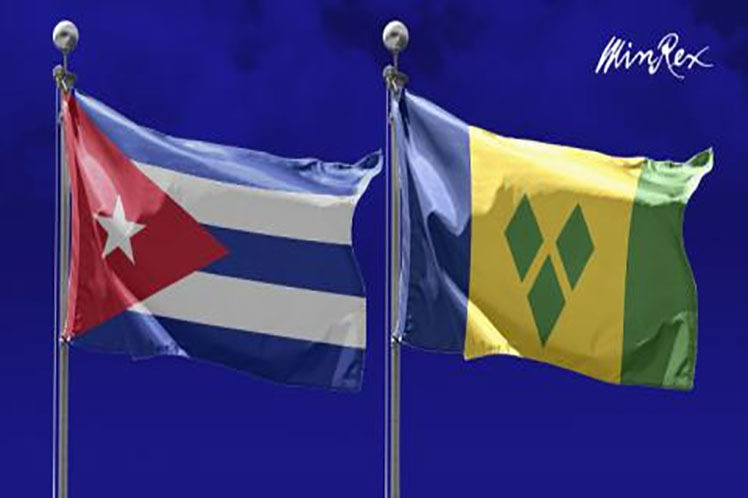 Havana, April 23 (RHC)-- The Prime Minister of St. Vincent and the Grenadines, Ralph Gonsalves, and the Cuban ambassador to that nation, José M. Leyva, signed on Friday a cooperation agreement on legal assistance.

According to a note published by the Cuban Foreign Ministry, the agreement reflects the excellent state of bilateral relations and the will of both governments to continue strengthening them'.

The Cuban diplomat thanked the people and authorities of San Vicente for all the expressions of solidarity over the years, particularly for the support in the fight against the economic, commercial, and financial blockade of the United States.

We will never forget the support we have received from you in denouncing the aggressions against Cuba and the pronouncements in favor of the end of the sanctions, said Leyva, who also expressed gratitude for the nomination of the international medical contingent Henry Reeve for the Nobel Peace Prize.

The official also reiterated his country's willingness to continue fostering friendship and cooperation between both nations.

Government officials, members of the Cuba Solidarity Movement, and a representation of the medical brigade and the Association of Cuban Residents in St. Vincent and the Grenadines were present at the ceremony.

Last Wednesday, Cuba sent humanitarian aid to that Eastern Caribbean island country and reinforced with six specialists the medical brigade working in Kingstown, as part of the solidarity in the face of the sensitive affectations caused by the La Soufrière volcano eruption.