Cuba denounces U.S. aggression against the telecommunications system and Internet connection at the U.N. 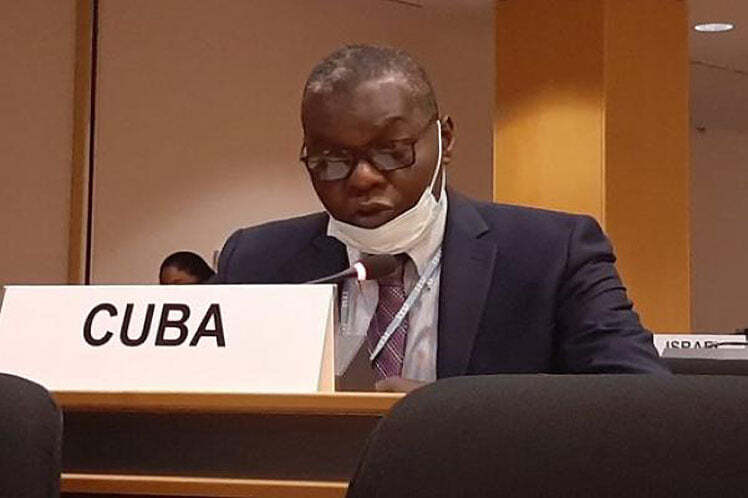 United Nations, April 27 (RHC)-- Cuba denounced at the United Nations the permanent aggression promoted by the United States in telecommunications and Internet connectivity, issues discussed at a high-level event of the General Assembly.

For several years, the island has been facing radio and television attacks that contravene the purposes and principles of the UN Charter and provisions of the International Telecommunications Union (ITU), which are now increasing amid the Covid-19 pandemic.

Cuba's permanent representative to that World Organization, Pedro Luis Pedroso, denounced this situation on Monday and rejected Washington's attempt to flagrantly violate his country's sovereignty concerning the regulation of information flows and the use of mass media.

In his speech at the 43rd Information Committee, the Ambassador offered details of the damages caused by the U.S. blockade: from April 2019 to March 2020, the island suffered record losses of more than five billion dollars.

Despite the obstacles, he noted, Cuba is advancing in the process of computerizing its society and access to the Internet, thanks to the Government's will.

But in the last four years, the aggressiveness of U.S. policy against the Cuban people and sovereign states seeking economic and commercial relations with the island has progressively and systematically increased.

The Ambassador mentioned the implementation of Title III of the Helms-Burton Act, which harms development programs in this sphere.

Pedroso rejected the U.S. State Department's decision in January 2018 to convene an 'Internet Working Group for Cuba', which aims to turn social media networks into channels of subversion, focused on creating wireless networks outside state control and carrying out cyber attacks.

This Tuesday, the U.N. General Assembly is hosting a high-level thematic debate on digital cooperation and connectivity, emphasizing the challenges posed by the pandemic.