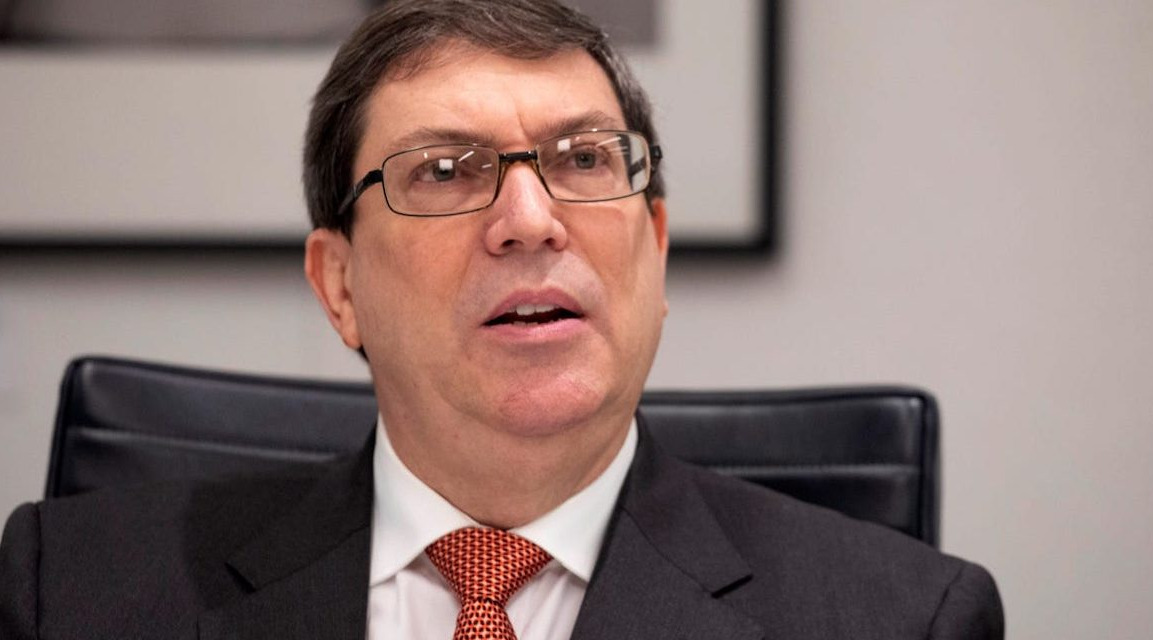 Havana, April 30 (RHC)-- Cuban Foreign Minister Bruno Rodríguez congratulated Radio Havana Cuba on the occasion of the station's 60th anniversary, which is being celebrated this May 1st.

Here is the text of the foreign minister's message:

Compañeras and compañeros of Radio Havana Cuba and dear friends:

In a memorable speech on April 16, 1961, during the funeral honors for the victims of the bombing of the airports of Ciudad Libertad, San Antonio de los Baños and Santiago de Cuba, Commander in Chief Fidel Castro Ruz declared the socialist character of the Cuban Revolution and called on our people, at whatever cost necessary, to defend the patriotic, democratic and socialist revolution of the humble, by the humble and for the humble.

There, also, before the multitude of Cubans, inflamed by patriotism and pain, the leader of the Revolution announced that Cuba already had a radio transmitter of international scope and that at that dramatic moment it was transmitting to all of Latin America and the world.  He said, and I quote: "We are in the era of radio, and the truth of a country can be carried very far."

That radio station to which Fidel referred is Radio Havana Cuba, officially founded on May 1, 1961, when all our people were already celebrating the triumph over the mercenaries of Playa Giron.

From its first broadcasts, Radio Havana Cuba assumed the voice of a people in revolution and therefore, also the voice of all those in the world fighting for self-determination and against imperialism.

Revolutionary diplomacy and with it, Fidel its main architect, always had in Radio Havana Cuba a communicational bulwark par excellence to disseminate the reality of our country and denounce the political, economic and media blockade against the Revolution.

Radio Havana Cuba is also an internationalist radio station that has waged important struggles against dictatorships in Latin America, in defense of Vietnam, in the Non-Aligned Movement, in the promotion of progressive causes throughout the world, in the battle for the liberation of Nelson Mandela, of Elián González and our Five Heroes.

The COVID-19 pandemic has not prevented Radio Havana Cuba to rise with greater strength today in the radio and digital space, thanks to the professionalism, commitment and solidarity of many colleagues who during all these years have been able to maintain the essence, as they say, of the "Voice of Friendship Heard Around the World."

We extend our warmest congratulations to the group of journalists, announcers, translators, technicians, workers and directors of Radio Havana Cuba and to all its collaborators.