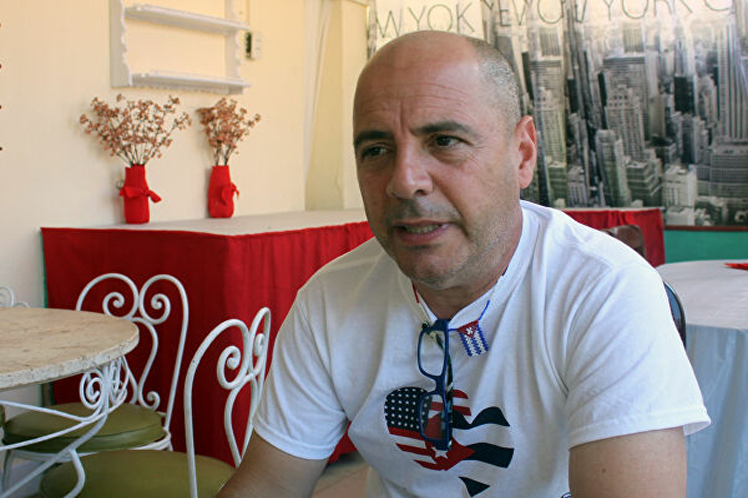 Washington, Jun 20 (RHC)-- The main promoter of the Bridges of Love initiative, Carlos Lazo, denounced Sunday that the caravan carried out in Miami in rejection of the U.S. blockade against Cuba suffered attacks from fascist and intolerant individuals.

He told Prensa Latina that a small group of fanatics who only want blood and hatred for the Cuban people and do not want a rapprochement between Washington and Havana attacked participants at their exit of the caravan'.

These fascists threatened to kill and attacked one of the participants in the solidarity initiative, he said in a video.

One of the comrades who participated in the caravan was arrested and we demand his release, Lazo stressed.

On other occasions, activists have received attacks and death threats, but we will not allow them to silence the voices of the majority of the Cuban-American community that rejects the sanctions against the Caribbean island and demands the end of the blockade, said Lazo.

We have the right to express ourselves and to demand the lifting of that siege, to demand the reopening of the Washington embassy in Havana, that the family reunification program be restored and that remittances be allowed to be sent, he said.

The brothers and sisters in Miami did not go out to provoke; they went out peacefully singing the Cuban National Anthem, Lazo recalled.

But some try to kidnap the voices of the Cuban-American community in the United States and do not want to allow those who demand the lifting of sanctions against the Cuban family to be heard, said the activist.

While these aggressions against the participants of the caravans advocating for Bridges of Love are taking place, the Miami Herald does not report or say that there are thousands of Cubans demanding the lifting of sanctions against Cuba, he added.