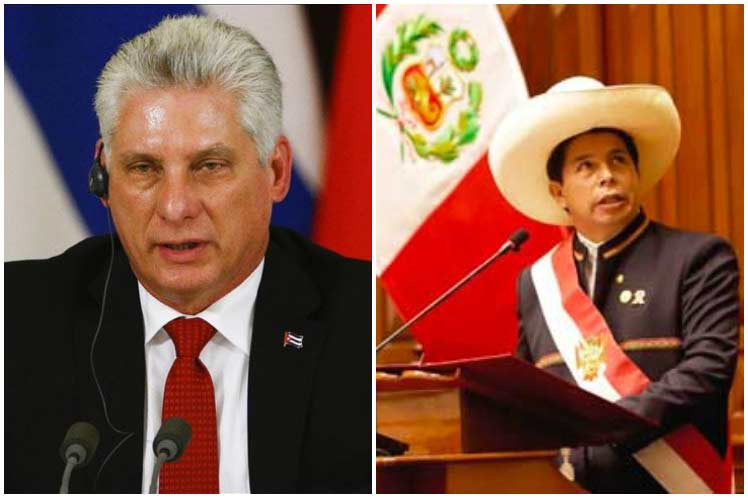 Havana, Jul 29 (RHC) Cuban President Miguel Diaz-Canel reiterated his congratulations to Pedro Castillo for his historic victory in Peru's elections and the bicentennial of that South American country's independence.

Through his official Twitter account, the President spoke about a "fraternal telephone conversation" with Castillo. He ratified the will to "develop historical ties of friendship" between the peoples of both countries.

On Wednesday, the head of state from the leftist Peru Libre party was sworn in for the 2021-2026 term, a ceremony attended by a Cuban delegation headed by Foreign Minister Bruno Rodriguez.