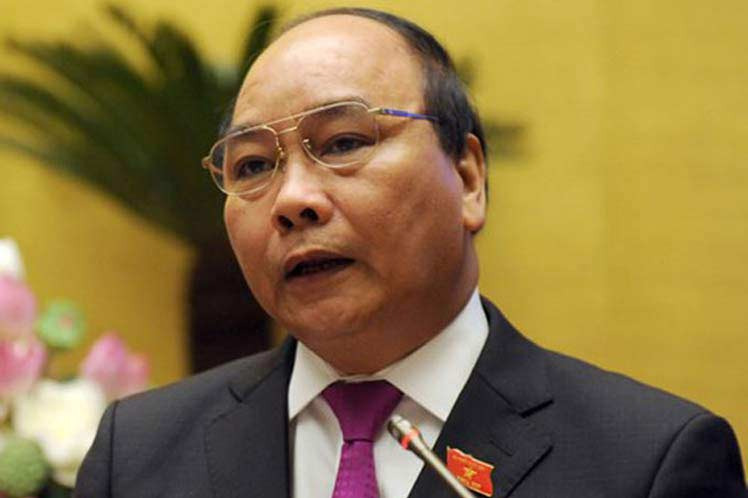 President of the Socialist Republic of Vietnam and member of the Central Committee of that nation's Communist Party, Nguyen Xuan Phuc.

Havana, Sep 20 (RHC) The president of the Socialist Republic of Vietnam and member of the Central Committee of the Communist Party of that nation, Nguyen Xuan Phuc, will pay tribute this Sunday to the historic leader of the Revolution, Fidel Castro Ruz, at the Santa Ifigenia Patrimonial Cemetery that hold his remains.

During his brief visit to the province of Santiago de Cuba, he will exchange with the main authorities of the province, tour the historic center of the former eastern capital and sites related to the revolutionary traditions of the heroic city.

With agricultural principles applied by Vietnam, the mountains of Santiago promote and develop Arabica and Robusta coffee plantations, with the advice of Vietnamese researchers and specialists from the Third Eastern Front Agro-Forestal Station.

After his stay in Santiago de Cuba, President Nguyen Xuan Phu will conclude the official visit to our country, which began last Saturday, aimed at strengthening cooperation and diplomatic relations established since December 2, 1960 between Vietnam and Cuba. (Source: Radio Rebelde)