Cuban foreign minister talks with counterparts from Venezuela and Portugal 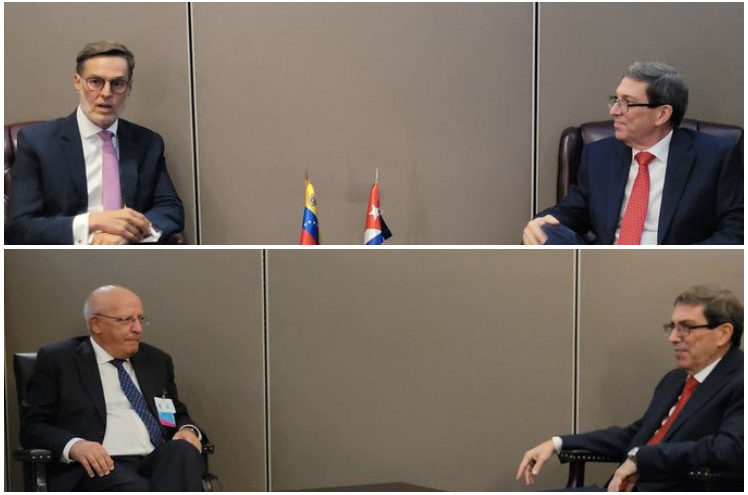 New York, September 24 (RHC)-- On Thursday, Cuban Foreign Minister Bruno Rodriguez reiterated the rejection of coercive measures against Venezuela and expressed solidarity with the Bolivarian Revolution during a meeting with his counterpart of that nation, Felix Plasencia.

Through his personal account on the social network Twitter, the Minister of Foreign Affairs commented on some details of this exchange that took place on the occasion of the high-level segment of the UN General Assembly. Rodriguez ratified to Plasencia Cuba's support to the dialogue promoted by the country, which 'demonstrates the government's will to defend peace and sovereignty'.

In another moment, the Cuban Foreign Minister and his Portuguese counterpart, Augusto Santos Silva, acknowledged the positive state of bilateral ties.

He also spoke with the UN High Representative for the Alliance of Civilizations, Miguel Ángel Moratinos and the Executive Director of the Joint United Nations Program on HIV/AIDS -ONUSIDA-, Winnie Byanyima. (Source: Prensa Latina).