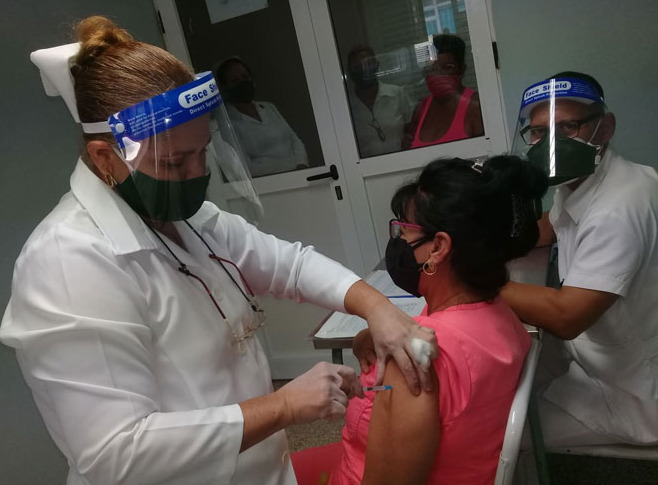 On Twitter, Rodriguez reported that immunization on the island takes place with its vaccines, conceived and developed by national scientists and the pharmaceutical industry.

Coverage with at least one dose of these vaccines reaches 85.6 percent of the population, he said.

He added that this is equivalent to 97.8 percent of those eligible for vaccination.

The head of the diplomacy noted that 59.7 percent of these people have a complete immunization schedule.

The pace of vaccination and the decrease in transmission rates have led to the gradual reopening of services and the easing of restrictions imposed by the pandemic in several Cuban provinces.