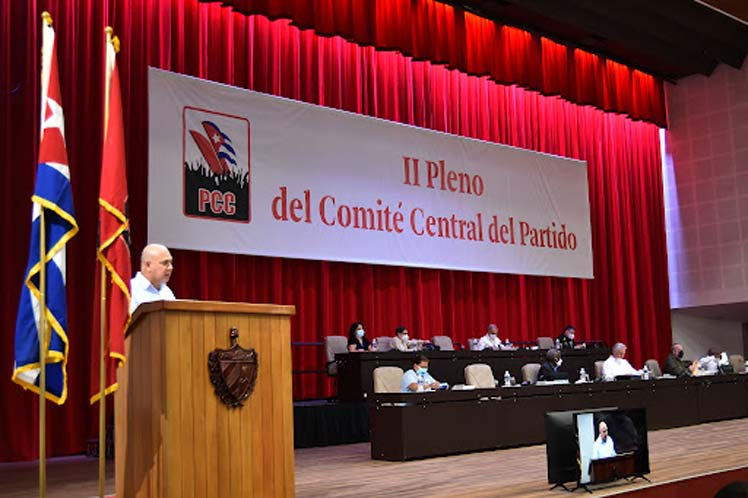 Havana, October 26 (RHC)-- Since its 8th Congress last April, the Communist Party of Cuba (PCC) has been working to become more democratic and participative, affirmed  Roberto Morales, member of the Political Bureau of that organization.

In a presentation on Tuesday before the deputies of the National Assembly of People's Power (parliament), the secretary of organization and politics of cadres of the PCC summarized the actions developed to comply with the congress agreements.

He referred to the tours made throughout the country by the first secretary of the Central Committee of the PCC, Miguel Díaz-Canel, and the secretariat members to guide and specify the implementation of the fundamental ideas and resolutions of the party meeting.

Among them, he addressed the work of improvement in economic issues for all the leaders of the political organization and the work to implement the guidelines for the country's socio-economic development, updated for the period 2021-2026.

Government agencies and institutions are working on their implementation, based on the macro-programs, programs, and projects that have been developed to materialize these postulates.

Likewise, Morales explained, the Communist Party prioritizes the follow-up of the economic order, initiated in January of this year, which included wage and price reforms, the elimination of the dual currency, and other measures that strongly impact Cuban society.

Amid the complex context in which it is developing, the Caribbean nation does not stop working nor renounces to its socio-economic development purposes, said the member of the Political Bureau of the PCC.