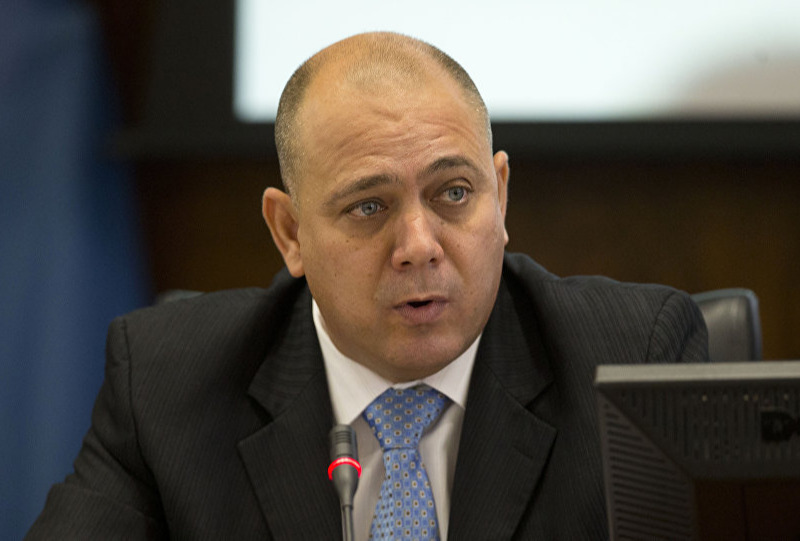 Roberto Morales Ojeda, member of the Political Bureau of the Party and
Secretary of Organization and Cadres Politics. ACN Photo

Havana, May 29 (RHC)-- The Party has to be closer every day to all productive and services operations, said Thursday Roberto Morales Ojeda, member of the Political Bureau of the Party and Secretary of Organization and Cadres Politics.

Speaking at the Round Table program, which analyzed how the organization follows up on the agreements of its 8th Congress, he recapped that since the 7th Congress, Army General Raúl Castro Ruz made clear the Party's missions: the economic development of the country, the struggle for peace and ideological firmness.

Based on these documents, Morales Ojeda explained, all the structures of the Party and the Government, the Young Communists League and the mass organizations have begun a process of debate to define what corresponds to each one of the militants in their areas, to materialize the agreements emanating from the party meeting.

In his opinion, it has been verified that a nucleus of the Party does not have to wait for instructions to discuss a problem that damages the quality of a service or of certain production, or that affects the people".

He insisted that nothing is alien to the Party, from food production, housing construction, recreation, or summer preparation.

Regarding the strengthening of the Party, Morales Ojeda said that the Secretariat has proposed to come at least once a quarter to the meetings of the provincial structures and once a semester to the grassroots organizations.

He emphasized that "the grassroots organizations have to increase their combativeness, because, although the economic blockade remains intact, what we can achieve also depends on our efforts."