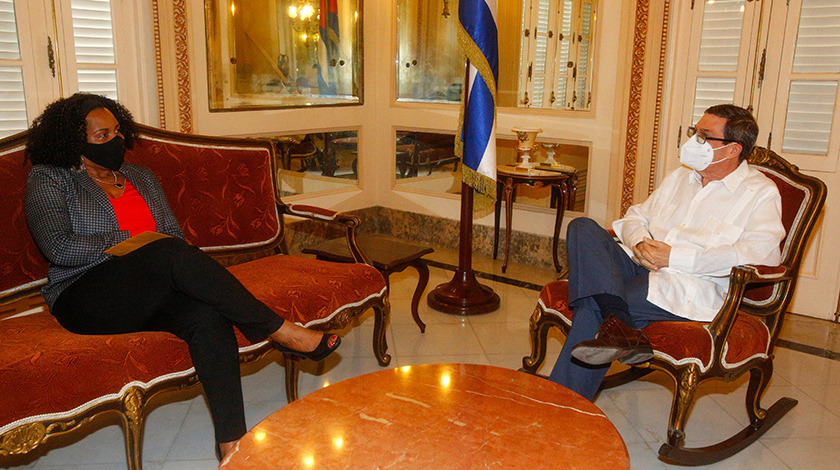 Havana, November 4  (RHC)-- Cuban Foreign Minister Bruno Rodriguez thanked the Caribbean Community—CARICOM—for its support of the island’s claims for the lifting of the over-60-year US economic, commercial and financial blockade against the Cuban people.

Rodriguez extended its gratefulness to the Caribbean bloc during a meeting with Malachia Fontenelle, outgoing ambassador of Saint Lucia to Cuba.

On Twitter, Rodriguez gave details about his conversation with the Saint Lucian ambassador, to whom he expressed satisfaction for the good state of bilateral relations.

Last June, the Cuba-sponsored resolution against the unilateral US measure was backed by 184 votes in favor, only the United States and Israel voted against, while Colombia, Brazil, and Ukraine abstained.