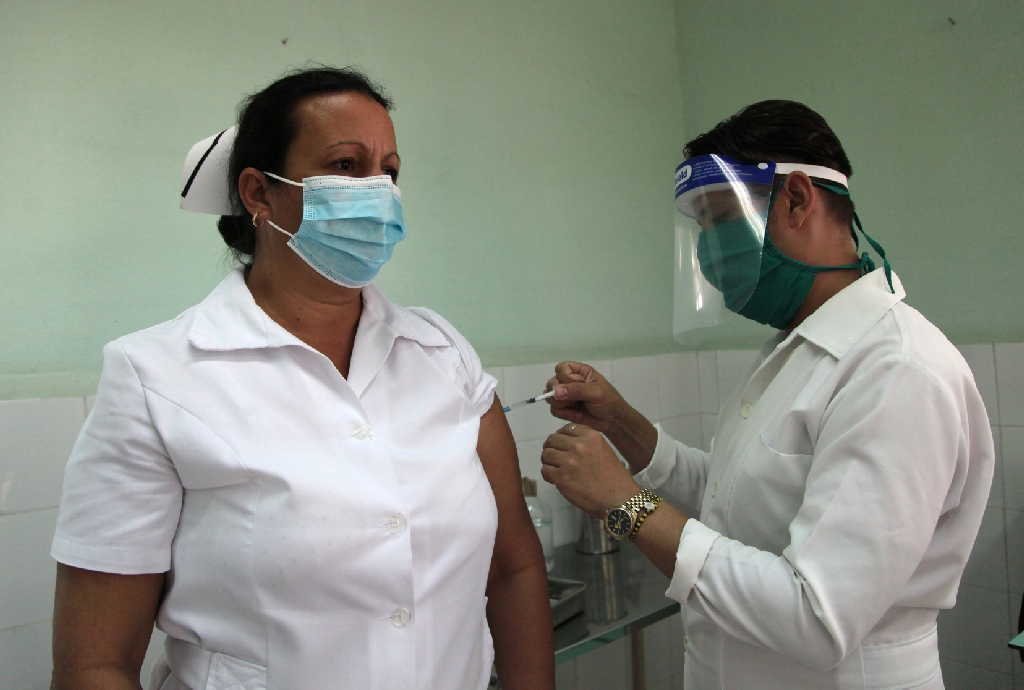 Havana, November 8 (RHC) Booster vaccination against COVID-19 begins today in the capital for health workers and BioCubaFarma workers. The effort will be extended in a staggered manner, reported the Ministry of Public Health website.

Dr. Ileana Morales Suarez, national director of Science and Technological Research of the Minsap, said that the vaccination would begin in the Manuel Fajardo, Joaquin Albarran, Salvador Allende, and Miguel Enriquez hospitals. Soberana Plus will be administered, and other health workers in the rest of the country will receive the jab during the week.

The approval of a study with the Soberana 01 candidate is awaited, after which it will be used in other institutions in Havana and Cienfuegos.

Dagmar García Rivera, IFV Research Director, says that evidence shows a good duration of the response in those vaccinated with both immunogens and that the booster results are positive and the Soberana 01 booster for those immunized with the Pfizer vaccine.

By the end of this month, the general population is expected to begin receiving their boost with Abdala, starting with the first municipalities to join the immunization: Guanabacoa, San Miguel del Padrón, Habana del Este, and Regla; and then in Boyeros, Cotorro and Arroyo Naranjo.