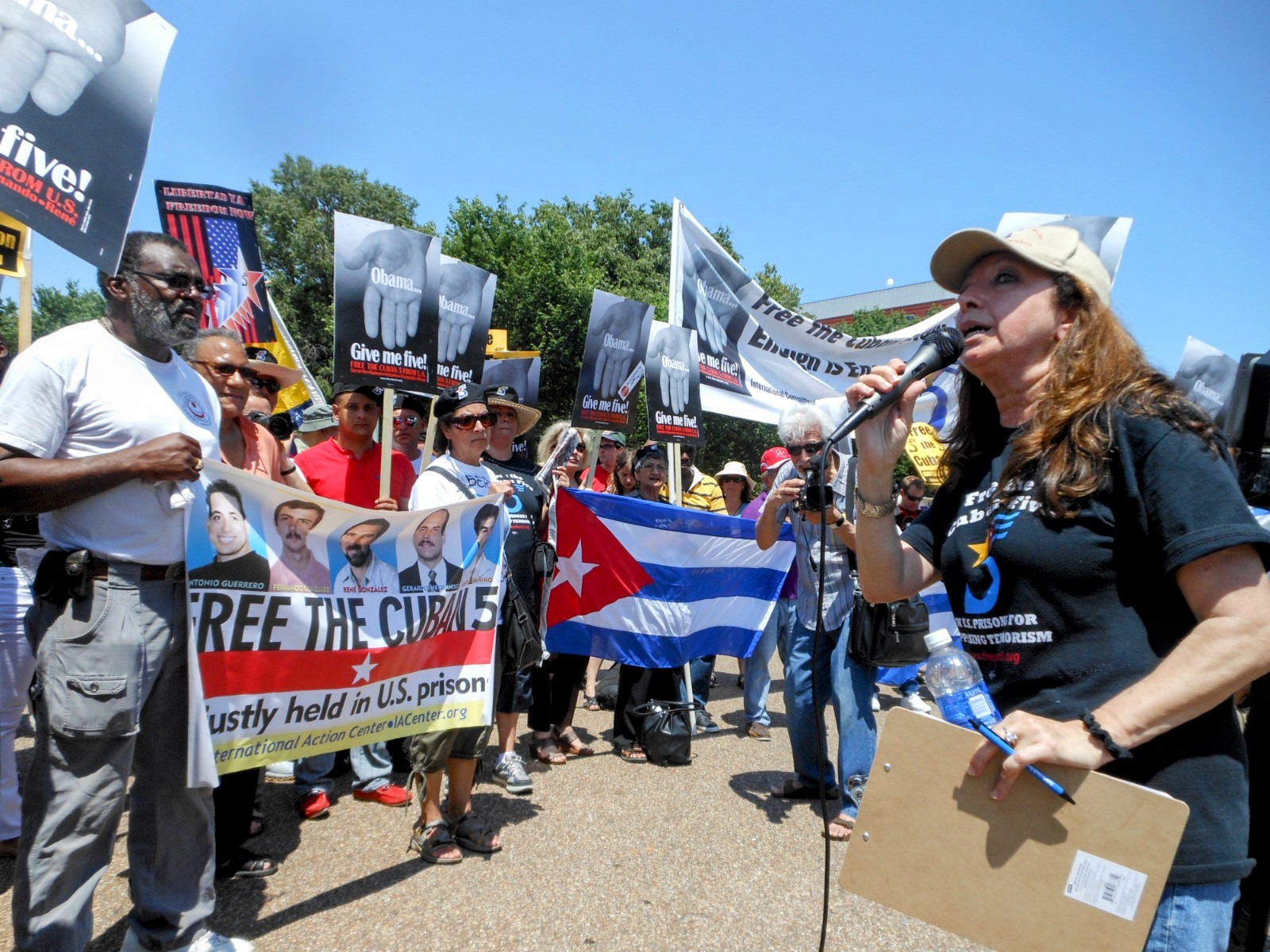 Havana, January 12 (RHC)-- Cuban President Miguel Díaz-Canel today highlighted the impact of activist Alicia Jrapko on the struggles of his country, a few hours after the news of her death on Tuesday in Oakland, California.

On Twitter, the President emphasized her role in the battle for the return of the five Cuban anti-terrorists unjustly imprisoned in U.S. jails and for Elián González, held in that country without his family's consent.

The head of state also referred to Jrapko's confrontation against the economic, commercial, and financial blockade imposed by the United States against Cuba, all endeavors for which "she fought to the end."

"Cuba regrets the death of the tireless Argentine fighter Alicia Jrapko, who devoted her life to fighting for justice on behalf of her disappeared comrades (...)  Farewell, sister," Díaz-Canel wrote on Twitter.

Several personalities and organizations from Cuba and other nations expressed their condolences for the death of Jrapko, who fought for two years against cancer without ceasing to express her love for Cuba until her last breath.

Jrapko was born on January 1, 1953, in Merlo, province of Buenos Aires; she studied Journalism, but the military dictatorship imposed in 1976 unleashed fierce repression. Because of her activism and militancy, Alicia had to go into exile that same year.

For several years she lived in Mexico and then settled in the United States, where she committed herself to workers' struggles and solidarity work with Cuba through IFCO-Pastors for Peace.

He helped organize and promote scholarships for African American and Latino students to attend the Latin American School of Medicine free of charge to become doctors in their communities.