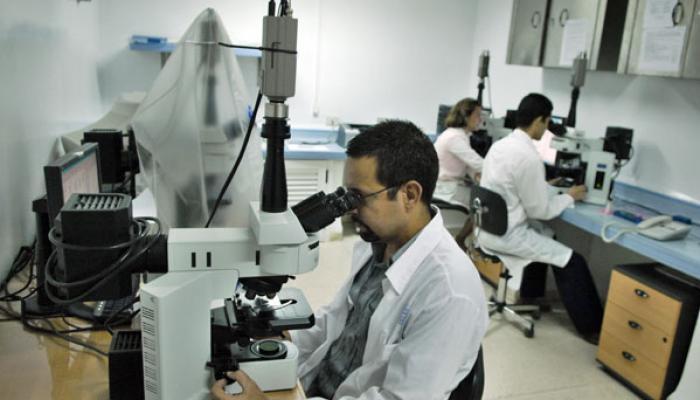 Havana, January 15 (RHC)-- Cuban President Miguel Díaz-Canel praised this Friday "the powerful force of scientific talent cultivated for 61 years," on the occasion of the celebration of Science Day on the island.

On Twitter, the president said that "Cuba is already that future that Fidel (Castro) drew with his ideas on Cuban Science, in 1960" and added that the development of that sector in the Caribbean nation "inspires and drives us every day."

In his message, the Head of State referred to the phrase of the Cuban Revolution's historical leader who said, "the future of our Homeland must necessarily be a future of men of science."

Cuba bets on reaching scientific and technological sovereignty, a significant objective for the nation's authorities amid the complex international scenario due to the Covid-19.

The island was the first in the Latin American region to develop four vaccine candidates against Covid-19 (Soberana 01, Soberana 02, Mambisa and Abdala).

Every January 15, the island celebrates Cuban Science Day, a date established in 1990.

On that day in 1960, during the celebration of the 20th anniversary of the Cuban Speleological Society, Fidel Castro gave a speech in which he outlined the basis of human training, professional and scientific development of the young Revolution.